Autonomous Underground Flight with M300 RTK and the Emesent Hovermap

Underground coup: how Emesent and DJI joined forces to pull off the world’s first autonomous underground flight with the M300 RTK

Two technology pioneers accustomed to raising the bar together have done it again in spectacular style. On August 4th, Hovermap technology developed by Emesent was used to power the world’s first DJI M300 underground autonomous flight at Round Oak Minerals’ Mount Colin copper mine in northern Queensland, Australia. 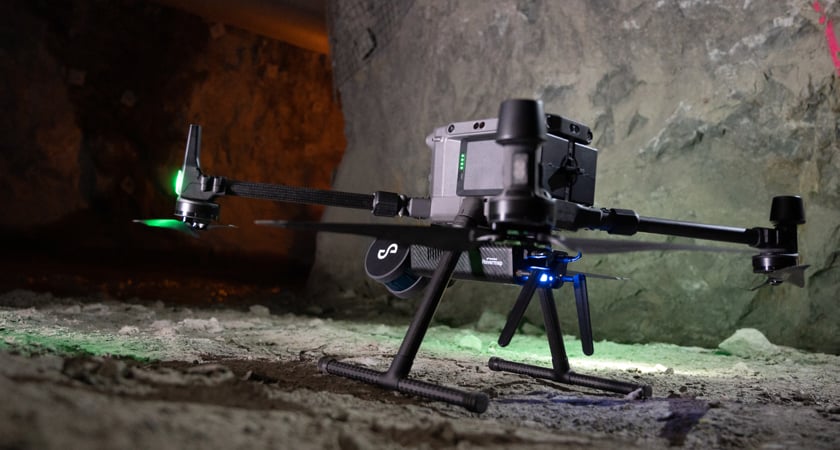 A major breakthrough in Emesent’s quest to develop fully autonomous flight systems, AL2 technology has been successfully employed to send DJI drones on a handful of experimental missions in recent weeks. They’ve gone beyond line-of-sight and communication range and ventured farther into previously inaccessible areas to capture data which has delivered valuable insights.

With AL2, Hovermap pilots can fly an entire mission, from take-off to landing, using a tablet. Data is processed on-board in real-time. That means that by the time the drone touches down it has already produced a detailed 3D map of the terrain it has traversed. Essentially once the M300 RTK and Hovermap goes beyond line of sight, the pilot doesn't need to pilot the drone: it will make its own way to reach the set target or destination.

It’s a quantum leap forward in the journey towards fully autonomous drone flights in challenging GPS-denied environments; a journey Emesent is delighted to make alongside DJI, an engineering pioneer long acknowledged as the market leader in industrial drone design and manufacture. 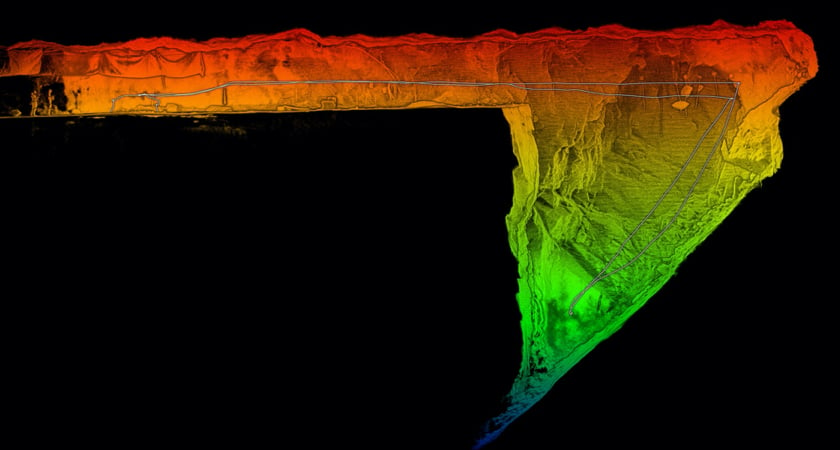 Emesent has worked closely with DJI to ensure compatibility and integration of autonomous functionality with drone flight controls. 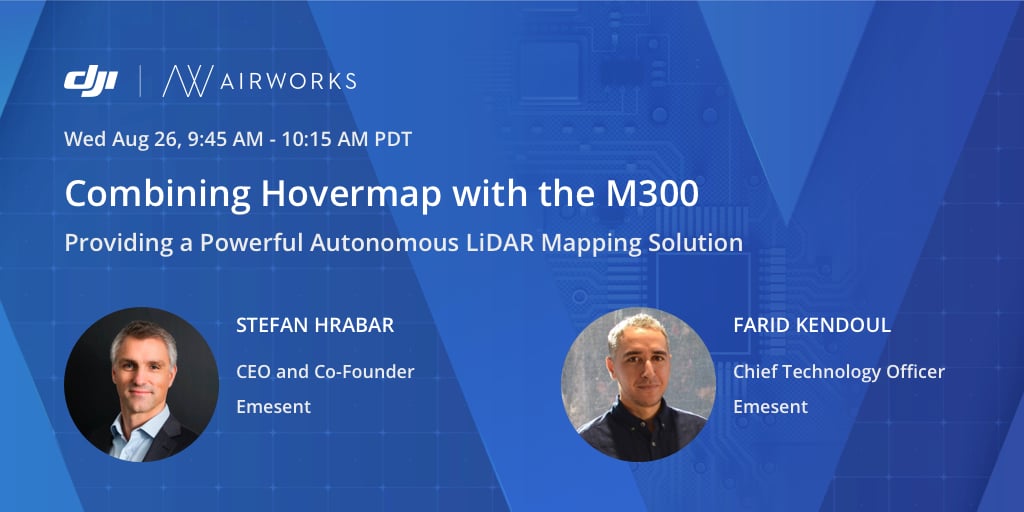 Emesent CEO and co-founder Dr. Stefan Hrabar and Chief Technology Officer, Farid Kendoul, will present at AirWorks 2020 on the integration of Hovermap’s AL2 capability with the M300 RTK to provide a powerful autonomous LiDAR mapping solution. His presentation will outline how Emesent has interfaced with the M300’s Onboard and Mobile SDKs to provide advanced capabilities and an intuitive user interface. Dr. Hrabar will also discuss the benefits of marrying Hovermap with the M300 and present case studies from the mining and civil engineering sectors.

About the Author Emesent

Emesent is a world-leader in drone autonomy, LiDAR mapping, and data analytics. Founded in 2018, Emesent has since built a reputation for delivering high-quality data capture in the mining, infrastructure, survey and mapping industries. Their flagship product, Hovermap, is a smart mobile scanning unit that combines advanced collision avoidance and autonomous flight technologies to map hazardous and GPS-denied environments. Hovermap is uniquely versatile: it can be handheld, drone- or vehicle-mounted to map challenging, inaccessible areas. With a wide range of applications, Hovermap is being used by customers around the world.

The decision to deploy drones in place of traditional data gathering methods is a significant step, and it’s one that forward-looking surveying professionals are taking in huge numbers.
END_OF_DOCUMENT_TOKEN_TO_BE_REPLACED

Update October 14, 2020: This buying guide has been updated to include DJI’s newest surveying solutions, the Zenmuse P1 and L1.  As drone technology is becoming increasingly streamlined and...
END_OF_DOCUMENT_TOKEN_TO_BE_REPLACED

Think about the traditional use of drones in a police department after an incident is reported: An officer arrives on the scene, takes the drone out of the police vehicle, assembles it, checks the...
END_OF_DOCUMENT_TOKEN_TO_BE_REPLACED

Crash scene reconstruction is a vital part of police work. In the aftermath of a traffic accident, there are usually more questions than answers facing first responders. The what, why, and how of the...
END_OF_DOCUMENT_TOKEN_TO_BE_REPLACED