Following a packed and productive first day, AirWorks 2019 pressed on with an agenda full of speeches, presentations, workshops, and more. Here is everything that happened today at Day 2 of AirWorks 2019.

Yesterday, we focused on Today’s Tools and we saw the impressive announcements of the P4 Multispectral, the global release of the Agras T16, and the introduction of FLIR’s MUVE C360.

Today, we look ahead to Tomorrow’s Standards, and DJI’s vision for a collective effort from all industry stakeholders to foster an enabling environment where drone technology can realize its maximum potential for good.

Mario, addressing the crowd, reminded everyone how we all, as an industry and as a community, have a role to play in shaping the future of the commercial drone ecosystem.

DJI loves learning how people are continually contributing to this ecosystem by innovating impactful uses with our drones. Mario brought attention to one such example with DJI’s involvement in the Mara Elephant Project in Kenya. 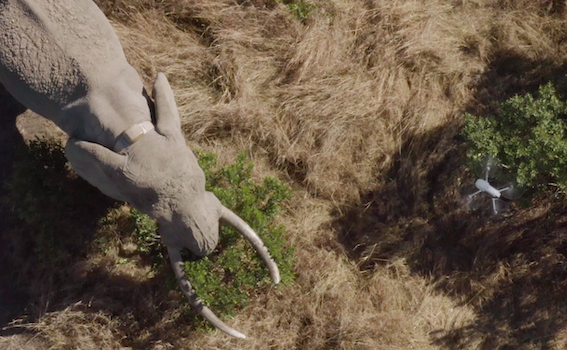 A Discussion on Data Security Standards for Drones

Mario acknowledged that drones are just tools, and are powerless without the people who see, recognize, and leverage the potential these tools provide. DJI appreciates drone adopters, pilots, and end-users who push this industry forward.

Therefore, DJI is redoubling our effort to empower this community and to meet the needs of our users, the ones who bring our tools to life.

One example of where DJI has catered to the needs of our users is the release of the Government Edition. 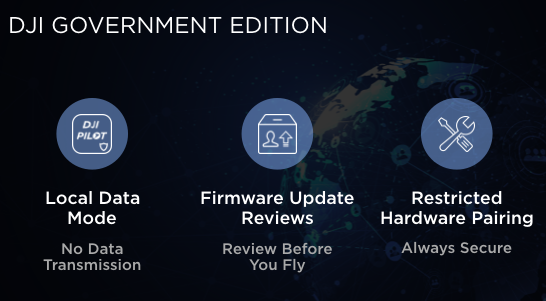 [Click here for more information on the Government Edition]

Together they discussed drone and enterprise security standards, outlining DJI’s vision for the guidelines, standards, and requirements that players in our drone ecosystem should adhere to, demand, and protect.

New Tools to Empower the Ecosystem

After this panel discussion on the rigorous industry privacy standards proposed by DJI, Jan Gasparic, Director of Business Development, proceeded to reiterate DJI’s commitment to help the entire drone industry grow. DJI welcomes a healthy industry environment that can spur on collaboration and innovation.

Since its release in 2015 we’ve seen over 6.2 million Mobile SDK activations.

With the DJI Payload SDK, we have over 60 thousand registered developers working on DJI SDKs. We have 110 payloads in development on the Payload SDK, 22 of which are already in mass production. 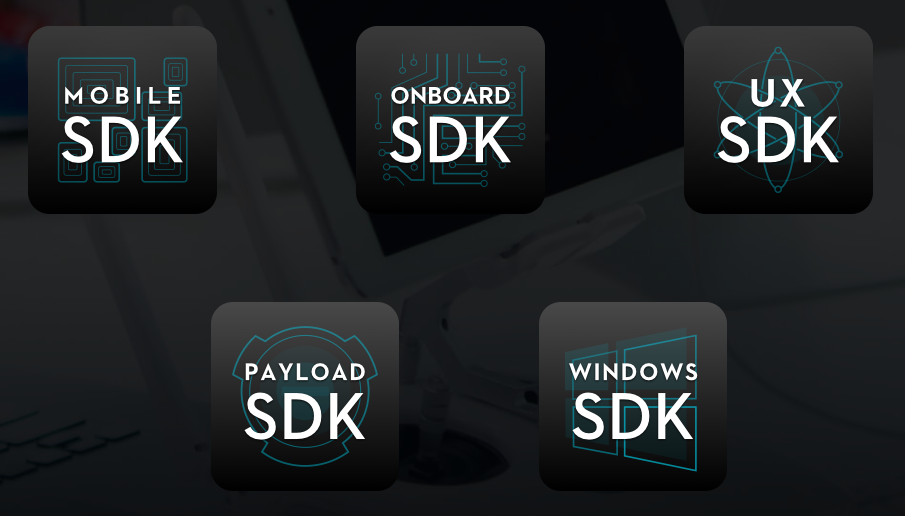 Gimbals are inherently difficult to create, design, and test. With the release of the X-Port, DJI is providing tools to allow drone hardware producers to quickly bypass the costly and difficult stages of payload development. This universal gimbal can quickly be integrated with custom 3rd party data sensors, like multispectral cameras or LiDAR sensors. The X-Port also features a gimbal debugging interface and built-in communication APIs to help streamline the development cycle. 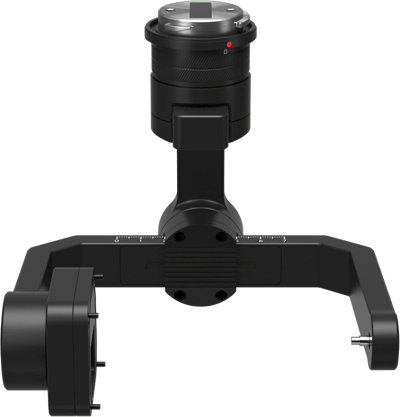 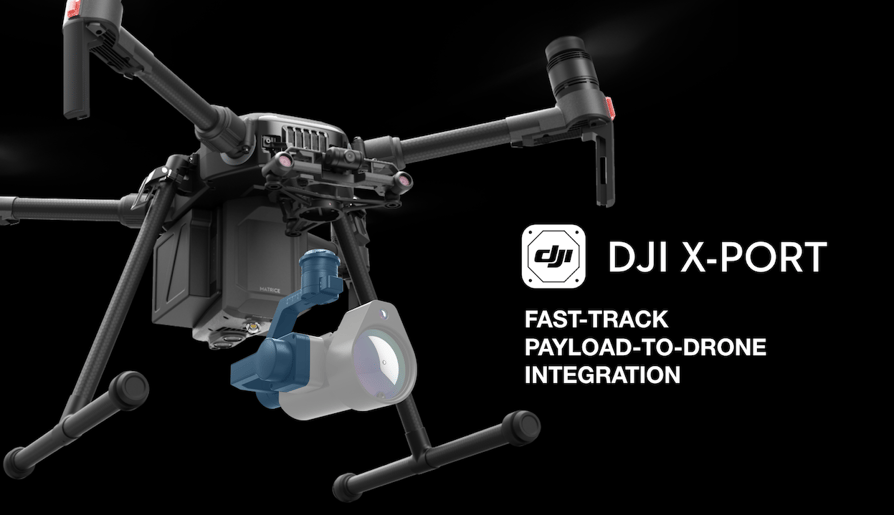 The DJI and Microsoft Partnership

Microsoft’s Global Head of Device Incubation, Dinesh Narayanan took to the stage and introduced the latest news in the DJI and Microsoft partnership.

1. Native integration of DJI’s drones as data sensors in Microsoft’s FarmBeats. This cooperation will allow advances in autonomous farming processes. 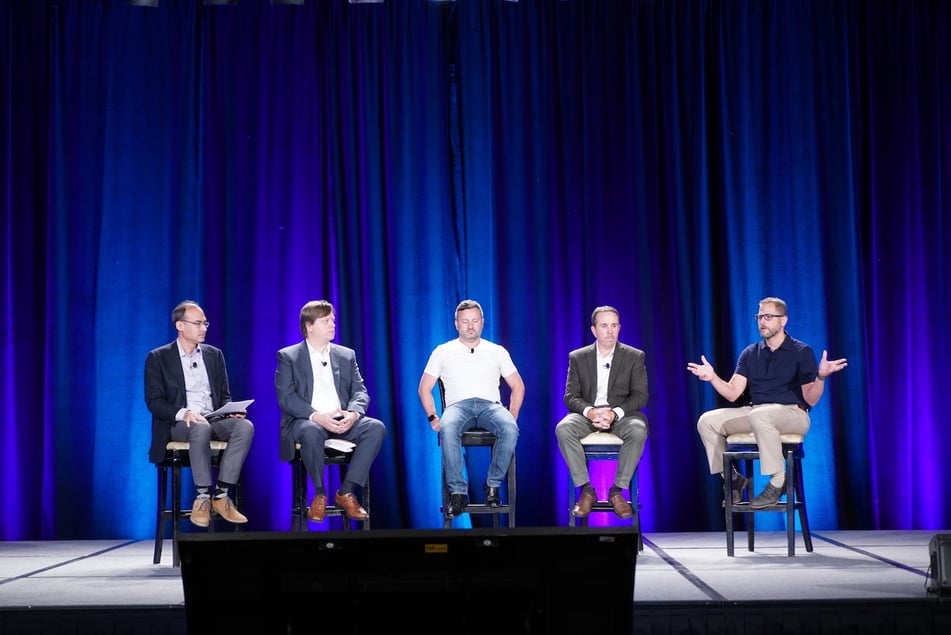 Following the Keynote this morning, attendees once again split into more focused groups and took on a busy schedule full of breakout sessions, presentations, workshops, and training sessions. All the while, they filtered in and out of the open floor of the Exhibition Hall. The Expo Hall was populated with an array of booths maintained by our many friends and sponsors, including FLIR, DroneDeploy, DroneBase, and more. Additionally, space was held by promising startups like Zing Drones LLL and SkyOpz, and the NGO Women And Drones.

This was a great opportunity for our partners and sponsors to showcased their drone solutions, products, and services, while connecting with likeminded drone experts who could truly appreciate what was on display. 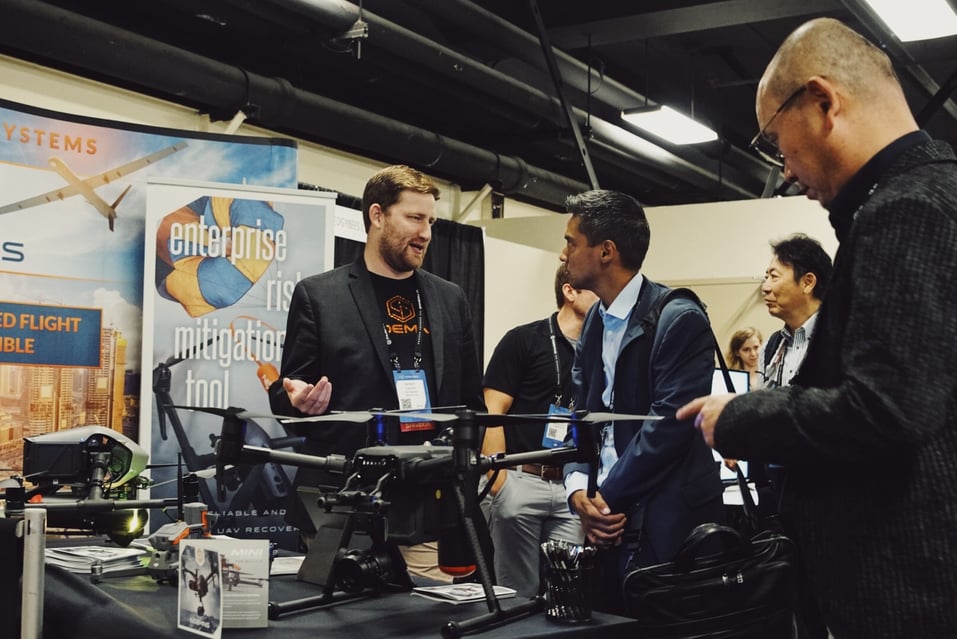 Day 2 here at AirWorks has been just as busy as Day 1, complete with a second Keynote, more panels, more presentations, and more networking. There’s still more to come tomorrow for the third and final day of AirWorks 2019.

With 2020 firmly behind us, it’s time to start looking to the future and what better way to start than with the launch of the Mavic 2 Enterprise Advanced (M2EA). That’s right, the Mavic Series is...
END_OF_DOCUMENT_TOKEN_TO_BE_REPLACED

At DJI, product optimization is a never-ending process. Though every product that we ship out is designed to maintain the highest standards of performance, as the needs of our Enterprise users...
END_OF_DOCUMENT_TOKEN_TO_BE_REPLACED

DJI Enterprise’s commercial drones have been engineered to fulfill the demands of our customers, who often put their drones to the test in extreme environments and scenarios. Among the most...
END_OF_DOCUMENT_TOKEN_TO_BE_REPLACED

In the wake of past security breaches and to ensure its airspace safety, on June 29, 2020 the French government introduced a decree that requires that all aircraft over 800 grams be equipped with an...
END_OF_DOCUMENT_TOKEN_TO_BE_REPLACED