Construction progress at Dickies Arena, Fort Worth’s new cultural landmark, is racing towards completion, as the final beam was raised at its topping out ceremony. The Beck Group, general contractor of the $540 million multi-purpose facility, utilizes the latest drone technology to keep the project on track with enhanced efficiency and a rejuvenated workflow that optimizes cross team collaboration - saving up to 25% of rework. Learn how to empower your project teams and become a disruptive force in the construction industry by starting your own in-house drone operations program.

A beam went up in the air the morning of June 25 at Dickies Arena, signaling a Topping Out ceremony for the new $540 million facility that promises to add another element to Fort Worth’s Cultural District. Slated to host major events like the Fort Worth Stock Show and Rodeo in 2020, and the NCAA basketball tournament in 2022 - the 14,000 seat multi-purpose arena is set to be a new signature landmark of Fort Worth and North Texas. 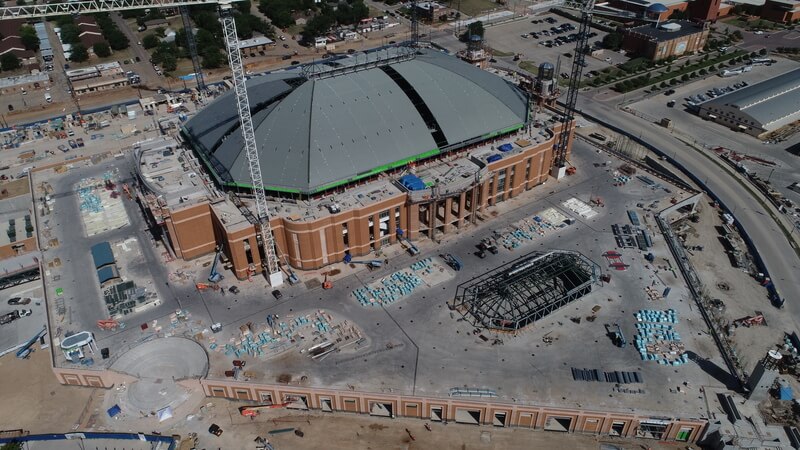 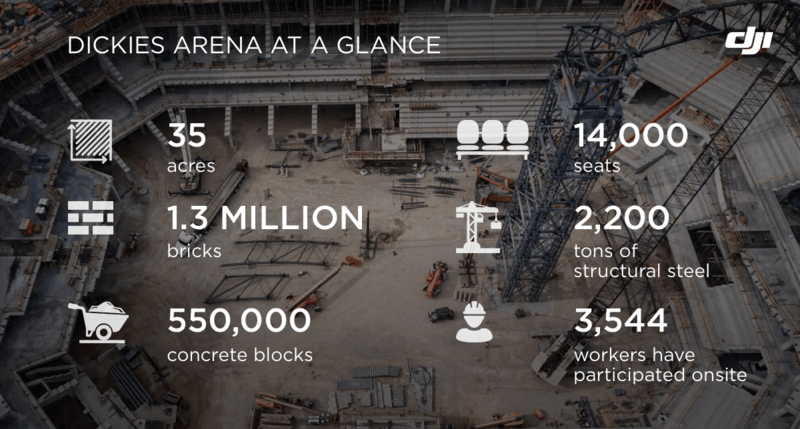 The Beck Group celebrated the construction milestone with arena operators, city leaders, and about 900 workers on site as the project enters its completion phase.

“Starting in March 2017, Dickies Arena is on schedule to be finished in November 2019. Project teams have been working on the project with great efficiency” says Grant Hagen, Virtual Design and Construction Manager at Beck.

Enhanced efficiency throughout the project 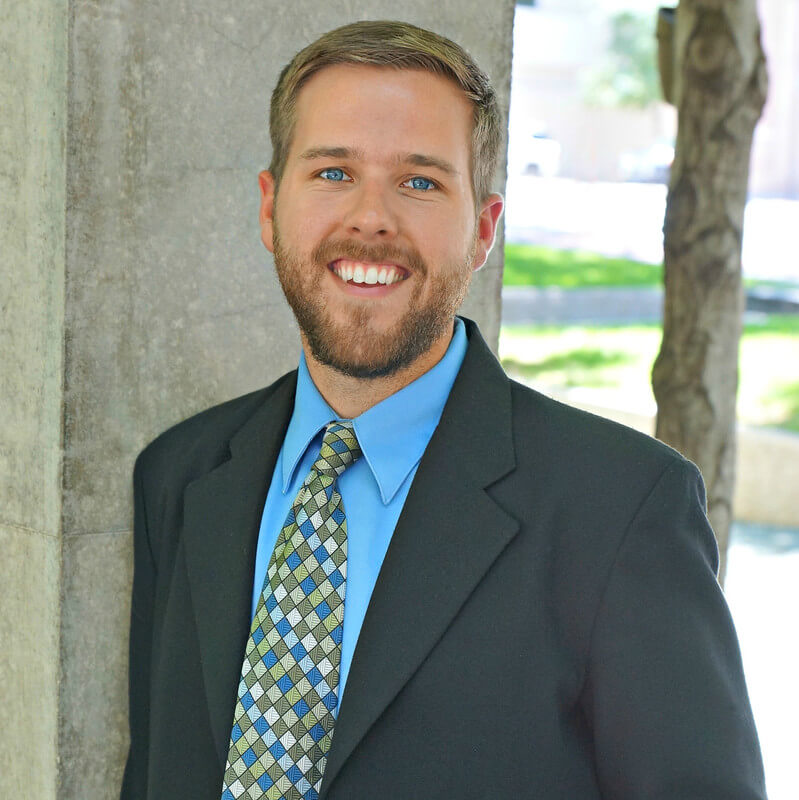 Grant and his drone operation team have worked on site at the arena for 15 months with DJI drones aiding in the process as high performing efficiency multipliers throughout construction. Utilized as enhanced platforms for BIM, 3D mapping, progress monitoring, documentation, and inspection tasks, the drones greatly reduced operating times while optimizing workflows throughout the construction phase. 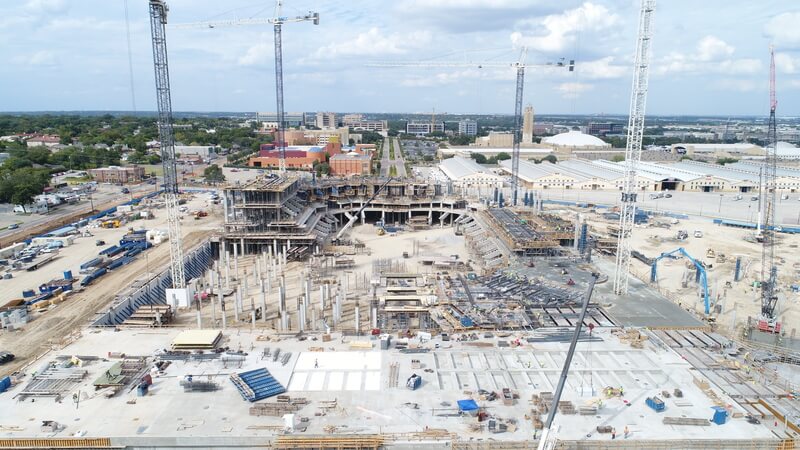 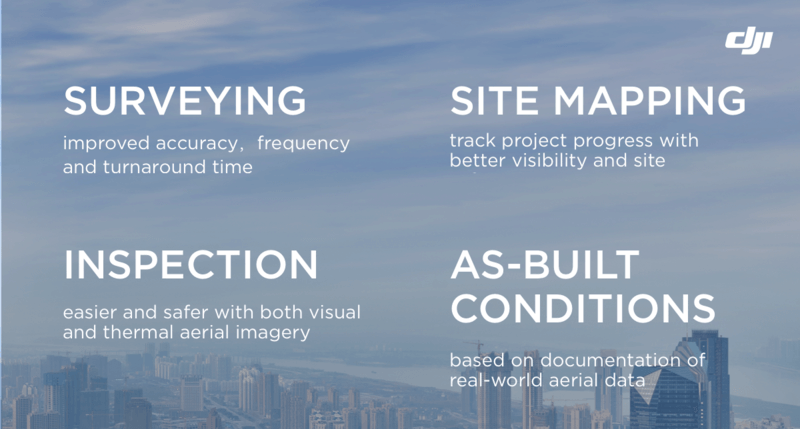 During construction launches, having a drone monitor progress on a daily basis ensures on-site situational awareness, so that management and project teams are aware of real-time advancements, setbacks, and potential risks, allowing them to make informed decisions based on a comprehensive set of tracking data. 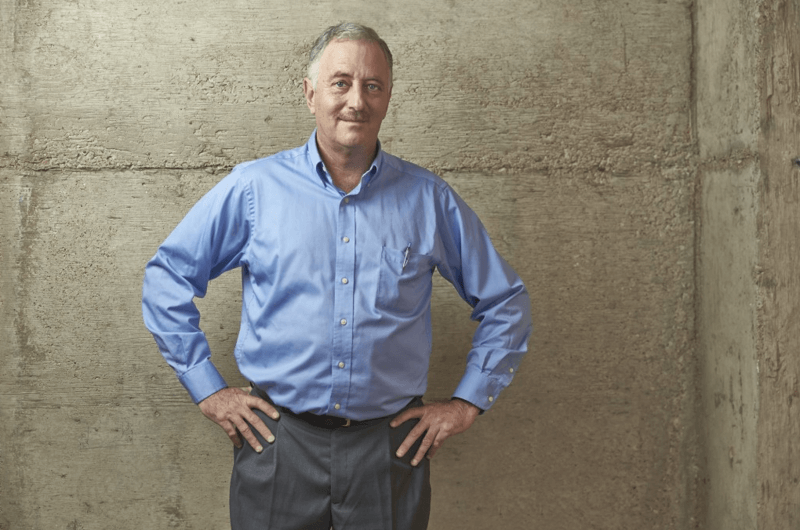 Aerial data collected by drones is also used to document project progress, make comparisons to design plans, and later generate as-built drawings. Gary Pille, Project Executive of Dickies Arena, told us that “Using the drones has enabled our superintendents to view the installation of piers, utilities, underground MEP, etc., and compare to contract CDs, which means image overlay on design plans on a daily basis… and allows us to detect any layout / routing deficiencies much sooner than before.”

Inspection is important in all construction projects. Being able to detect a problem early helps save enormous time and resources that would otherwise be spent on remedy or rework. Drones cut down over 80% of inspection time, taking only hours to complete missions that would otherwise take days using traditional and rope access techniques.

Another key benefit drones bring to the construction worksite is smoother communication across teams and stakeholders. Project progress documented with drone data offers an easy way to keep everyone on the same page, so that architects, owners, operators, and management members can monitor what is going on remotely, cutting down at least 5 hours of meeting time per week and reducing re-work by 25%. 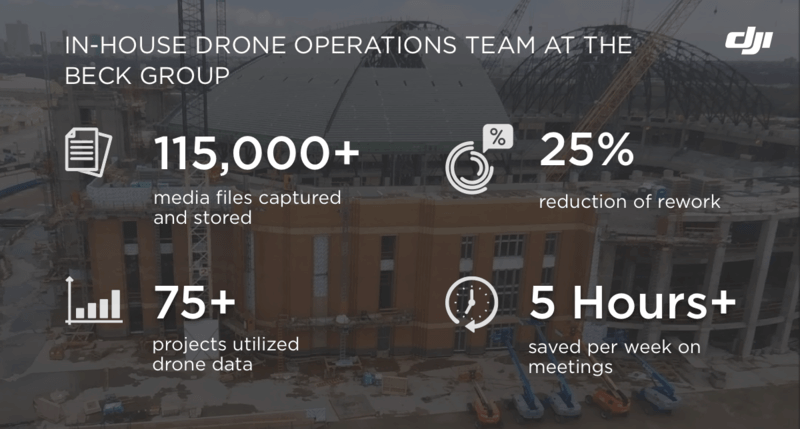 The information synchronization not only smoothens communication across project teams and with sub-contractors, but also helps Beck manage owners and operators of The Arena with enhanced efficiency. 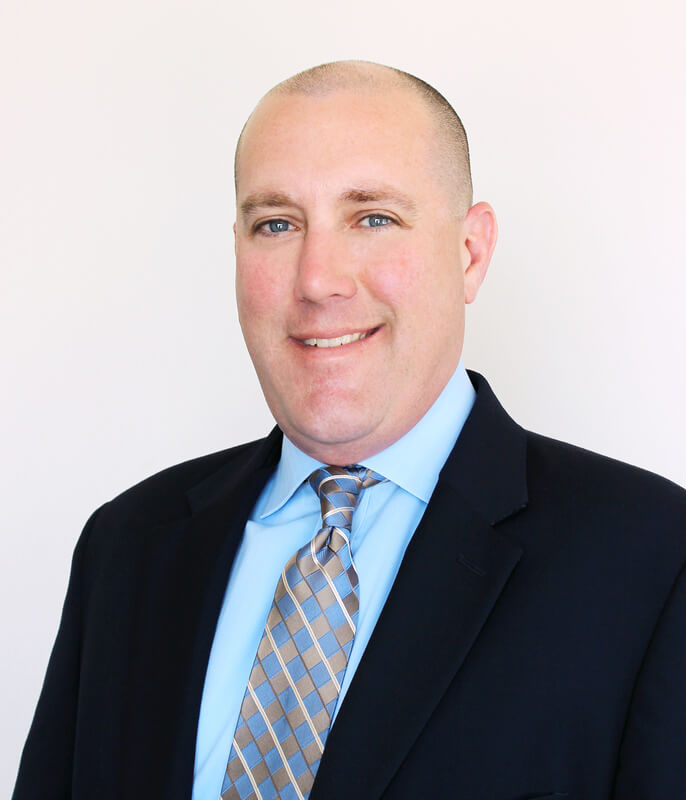 Bill Shaw, Director of Operations at Dickies Arena, is very happy that the aerial footage Grant’s team captured on site has given his team the ability to prepare for venue operations in ways they hadn’t been able to before.

By looking at images of our completed garage, Dickies Arena, and the campus footprint overall, we’ve created what we think will be a more effective traffic flow plan than we would have been able to create otherwise” (Bill Shaw). 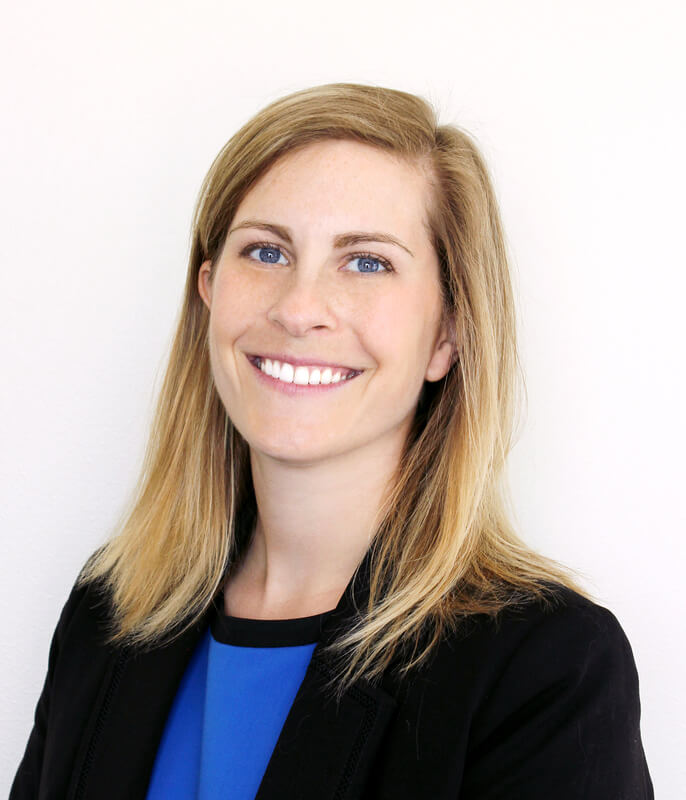 As for managing owners, Beck apparently has a very happy owner at Dickies Arena. “Having access to aerial stills and video footage has given us the opportunity to share our progress with the community. People love hearing updates on our progress, and when we’re able to show unique angles of Dickies Arena through drone imagery, the reaction is that much better” says Alissa Cunningham, Director of Marketing at Dickies Arena.

What’s it like to have an in-house drone operations team?

For Grant, Dickies Arena is the 75th project his drone operations team has flown for. Beginning in 2014, using the DJI Phantom 2, Grant initially implemented drones on the jobsite by simply placing “eyes in the sky.” Hagen’s team quickly moved on to leverage more sophisticated applications including the generation of BIM models, creation of 3D site maps, and execution of challenging inspection missions utilizing thermal imaging. 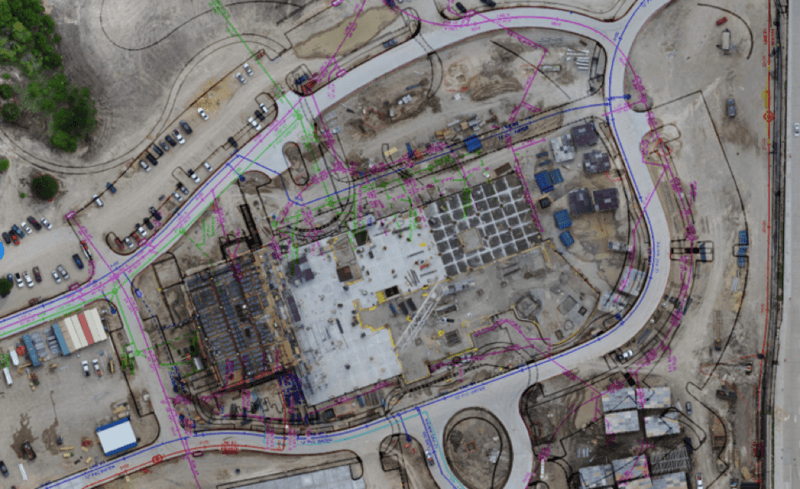 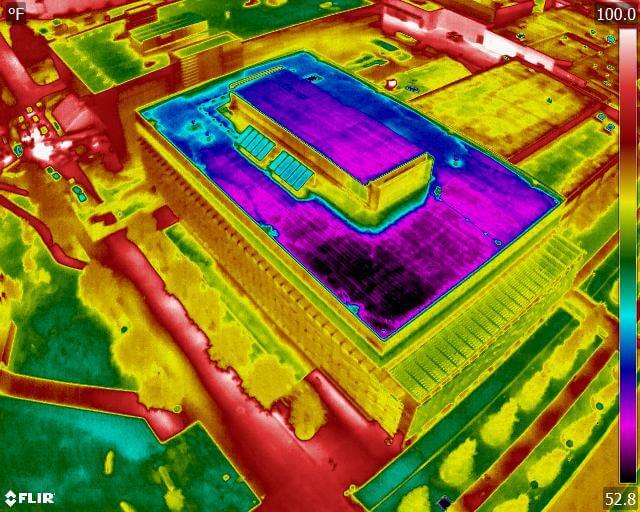 After spending years searching for the perfect solution for his company, Hagen’s experience with drones has grown exponentially, from initially operating early versions of DJI’s all-in-one Phantom aircraft, to more comprehensive solutions consisting of modeling platforms and custom SDK’s and payloads designed particularly for mapping, surveying, and inspection. 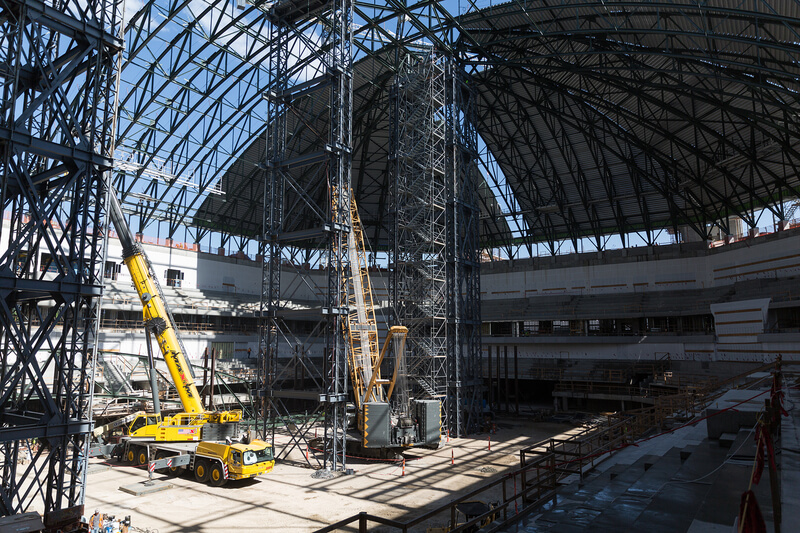 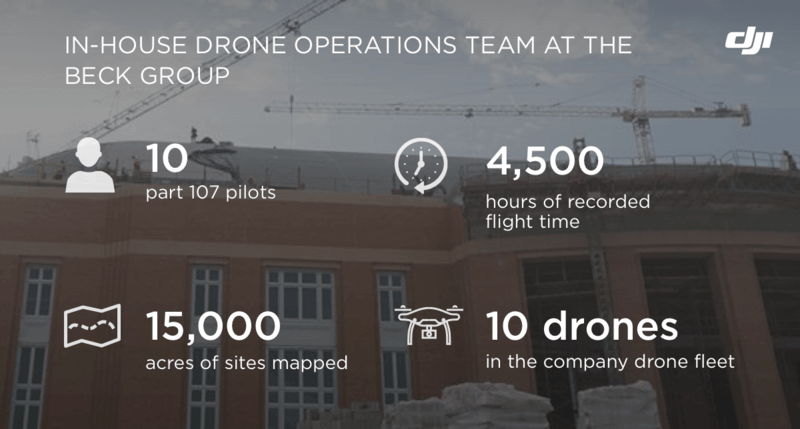 To date, there are 10 experienced pilots on Grant’s team. Together they have flown more than 11,000 hours, covering over 15,000 acres of construction ground for Beck. 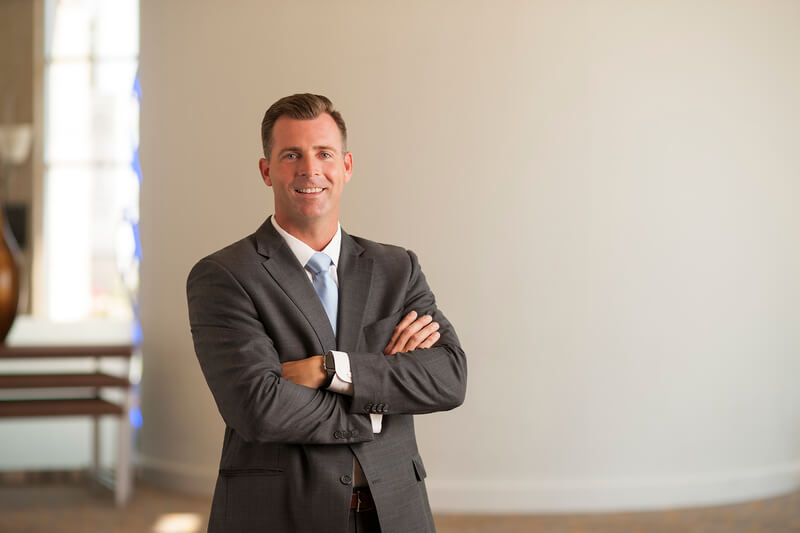 Value in innovation is determined by each project and then applied to other projects when it makes sense.  We have found that many technologies are found innovative through the process that we apply at the project. The way we have implemented drone usage at Beck is one way we are helping get the right information to our project teams when they need it.” Says Bryce Morrow, Chief Information Officer of Beck.

The Beck Group and other industry leaders will continue to explore cutting-edge drone technologies. For businesses that are considering starting an in-house drone operations team, Grant gives his advice from years of experience,

Don’t limit your imagination of how these tools can help your project teams. The sky literally is the limit on how this technology can enhance the way we deliver projects. Believe the hype, become a student on what is required to make a successful drone program at your company for your specific needs.”

Coastal erosion has become an increasingly severe problem in much of the United States. An analysis by the nonprofit research group Climate Central estimates that rising sea levels could wipe out...
END_OF_DOCUMENT_TOKEN_TO_BE_REPLACED

Energy is the essential ingredient of human evolution. It powers economies and sustains life as we know it. And yet our relationship with this precious commodity is at a turning point.
END_OF_DOCUMENT_TOKEN_TO_BE_REPLACED

When Alex Nunez left his native Venezuela for Miami in 2015 to be closer to his sister – and open the next chapter of life in a new city and country – the trained engineer decided to broaden his...
END_OF_DOCUMENT_TOKEN_TO_BE_REPLACED

In many parts of the world, where ships are used to import oil and gas products, refineries and storage terminals are typically located near navigable waters. Transfer between a moored ship and an...
END_OF_DOCUMENT_TOKEN_TO_BE_REPLACED