After a traffic accident, first responders are faced with two simple questions: what happened and why? Accident reconstruction is all about gathering evidence and reverse-engineering the mechanics of a scene to discover the answers.

DJI partner Shenzhen Keehang Co. has developed an end-to-end traffic accident reconstruction solution for police in Shenzhen. Drones are central to the new methodology. It’s currently being used by 14 brigades of the Shenzhen Traffic Police Division. Empowered by DJI hardware and software, officers from the Accident Handling Department of the Shenzhen Traffic Police have been able to process investigations with greater speed and efficiency than before.

1. Processing investigations in half the time with half the resources

Following a traffic accident, officers on the scene traditionally have to go through a laborious process that includes photographing from the ground, taking manual measurements, drawing the scene, and writing notes. All of these manual steps drain departmental resources. For every accident, 2-3 officers have to spend 30 minutes going through these tasks.

The introduction of drones addresses these data-gathering bottlenecks. For Shenzhen’s Traffic Police Division, a detailed map or model of the site can now be automatically generated around 15 minutes after they arrive on the scene.

On top of that, one police officer with a drone can now complete all of the mapping work required. This ensures the division can allocate resources with greater efficiency and reduce response times across the board.

2. Intelligent workflows and an accessible eye in the sky

The Shenzhen Traffic Police Division relies on a fleet of 100 Mavic 2 Enterprise Zooms to investigate accident scenes. Used in conjunction with the DJI Pilot and DJI Terra applications, mission planning is a simple matter of circling the target area. An appropriate route is automatically generated before the drone flies it autonomously and captures all of the photos required.

Because missions are automated and officers don’t need intensive training to put drones to work, the solution has been easily rolled out across the city.

3. Insights from above and high-precision modeling

Traffic police usually have to rely on outdated manual processes when recording details at a scene. A tape measure is often used for measurements, for example. As well as introducing the potential for human error, these steps lack speed and precision. 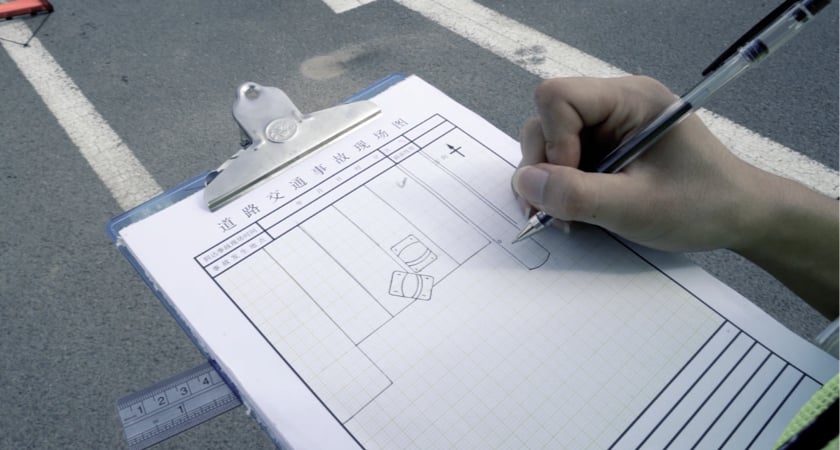 With DJI Terra, time-consuming manual measurements are taken out of the equation. High-precision 2D and 3D models can be quickly generated based on the photos taken by the drone. This provides a reliable reference point and ensures all information collected is accurate.

Armed with a high-precision model of the scene, Shenzhen Traffic Police Division’s Insight system can output a record of a traffic accident site to complete the on-site accident handling process.

Traffic accident scenes are dynamic and dangerous to work. For traffic police conducting on-site investigations, taking manual measurements involves safety risks. Officers need to spend an hour or more in the accident area, and the resulting traffic jam could lead to a secondary accident at any time. This could threaten the safety of the police officers and other drivers.

Drones enable intelligent, autonomous, and methodical workflows that allow first responders at the scene to focus their energy on crisis management and traffic diversion.

That’s because autonomous flights simplify the equation on-scene and handle the bulk of the accident reproduction work. Measurements are taken from the images, allowing officers to go through their usual workflow without needing to walk around the accident area.

Overall, the integration of drones frees traffic police from time-consuming and dangerous manual work, eliminates the difficulties of traditional investigation methods, and significantly improves the efficiency and precision of accident site investigations.

The Shenzhen Traffic Police Division has shown how simple it can be to integrate a Drone Investigation System for Traffic Accidents into everyday operations. To find out more about how drones can support public safety and law enforcement operations, explore DJI’s enterprise solutions and user stories here. 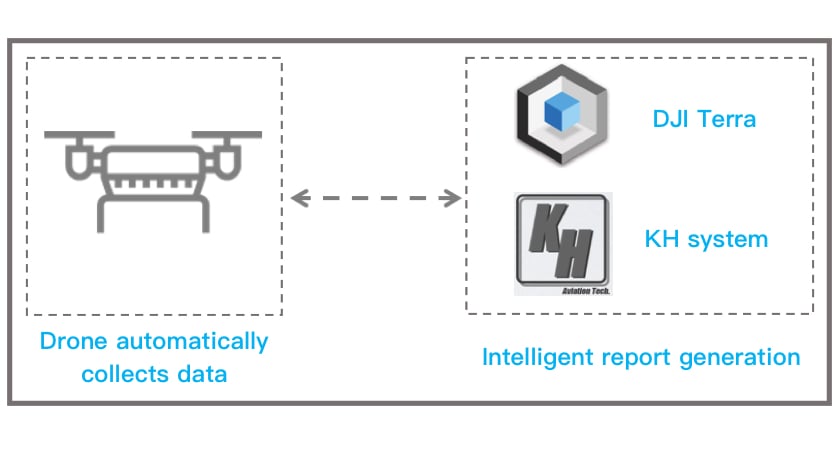 From on-site information collection to the output of the final scene report, the entire process consists of just two steps:

No manual control is required during the data-gathering process. The drone captures photos along the planned route automatically. This high-resolution data from the accident area provides the details needed to generate a report of the scene.

Shenzhen Keehang Co.’s system rapidly turns the data collected on-site into a model that is exported as part of a post-accident report. An officer at the scene can sign and confirm the report’s validity.

The entire process is simple and clear, allowing officers to complete post-accident tasks with greater speed and efficiency.

The accident investigation solution being used by traffic police in Shenzhen is adaptable depending on the scenario.

In October 2019, a traffic accident on a busy road in the city’s Futian District required a quick investigation from officers. The Drone Investigation System for Traffic Accidents led to the speedy 2D model generation of the accident scene and shortened the time roads were closed. 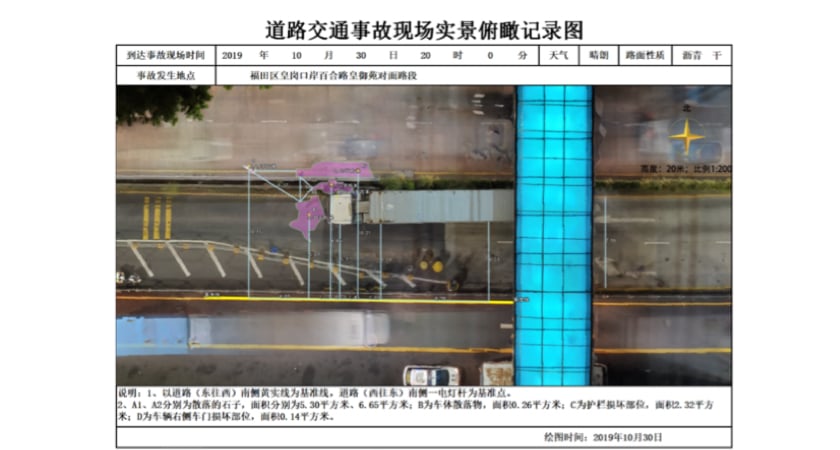 Reconstruction of the accident in Futian District

But when a car burst into flames on the expressway in Shenzhen’s Guangming District, officers required more depth from the investigation. With the same system and processes, they were able to generate a model in 3D.

3D model of the accident scene

The officers of the West Shenzhen Expressway Traffic Police Brigade created 3D models of the accident scene at night and during the day using DJI Terra. Then, they spatially overlaid the two 3D images to produce a complete 3D panoramic model from the point of the collision to the end of the accident.

The integration of drones into traffic police toolkits enables safer and smarter workflows.

Shenzhen Keehang Co.’s Drone Investigation System for Traffic Accidents is proving to be a transformative tool for Shenzhen Traffic Police who are using it to digitize manual processes and operate more efficiently.

With the rise of large commercial buildings across the US, the demand for safe and effective inspection of rooftops has been growing substantially.
END_OF_DOCUMENT_TOKEN_TO_BE_REPLACED

We are now inching toward a place in time where most people begin to wonder: why did I make that New Year’s resolution? Well, we may not be able to help you out much in your pursuit of a “newer,...
END_OF_DOCUMENT_TOKEN_TO_BE_REPLACED

For most households, energy bills are a consistent and expensive outgoing. These costs peak during the winter months when the cold arrives. The U.S. Energy Information Administration predicted that...
END_OF_DOCUMENT_TOKEN_TO_BE_REPLACED

Delivery drones could very well be The Next Big Thing for businesses to deliver goods to their customers. They can also be extremely helpful in transporting sensitive items such as medical supplies...
END_OF_DOCUMENT_TOKEN_TO_BE_REPLACED