Think about the traditional use of drones in a police department after an incident is reported: An officer arrives on the scene, takes the drone out of the police vehicle, assembles it, checks the airspace, deploys it, and obtains a scene size-up or captures the data. And while this data is incredibly important in providing incident commanders with accurate, real-time insights as a mission unfolds, what if…

What if a drone could fly to a reported incident before the first responders on the ground arrive on the scene and deliver decision quality data (live video) to them for even better situational awareness? 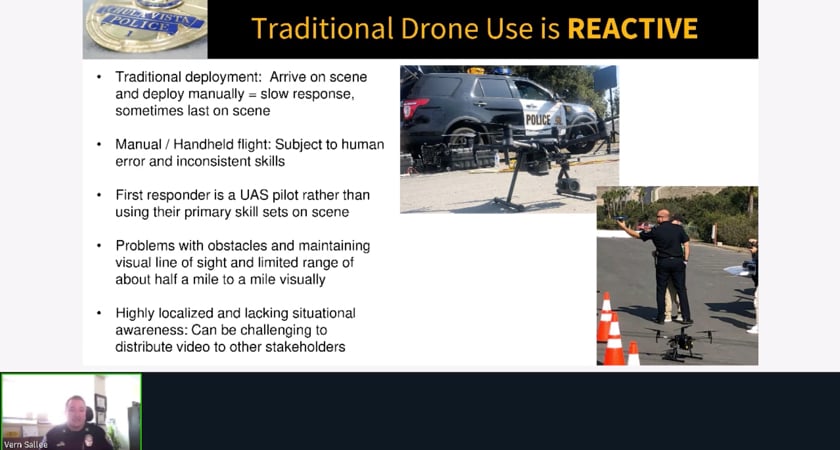 Traditional drone use vs Drone as a First Responder (DFR)

As was evident during Patrol Operations Captain Vern Sallee’s presentation at AirWorks 2020 – DJI’s annual gathering of commercial drone professionals, technology experts, and policymakers – the conventional, ‘reactive’ drone use in public safety has a huge scope for improvement.

The first, of course, is speed. Getting a drone to the scene manually is a slow process; there may be instances when a drone is last to arrive on the scene because not every police vehicle is equipped with a UAV.

Then, the drone’s efficiency becomes subject to human error and inconsistent skills among pilots. And if it wasn’t challenging enough that the need to maintain a visual line of sight limits the range in which a drone can be operated, distributing the live footage to other stakeholders can have its own set of complications.

So, how does Chula Vista Police Department’s innovative Drone as a First Responder (DFR) initiative solve these issues?

To begin with, drones are continually available to respond within a geofenced operational area. The CVPD has identified strategic launch sites to improve the drones’ response time. 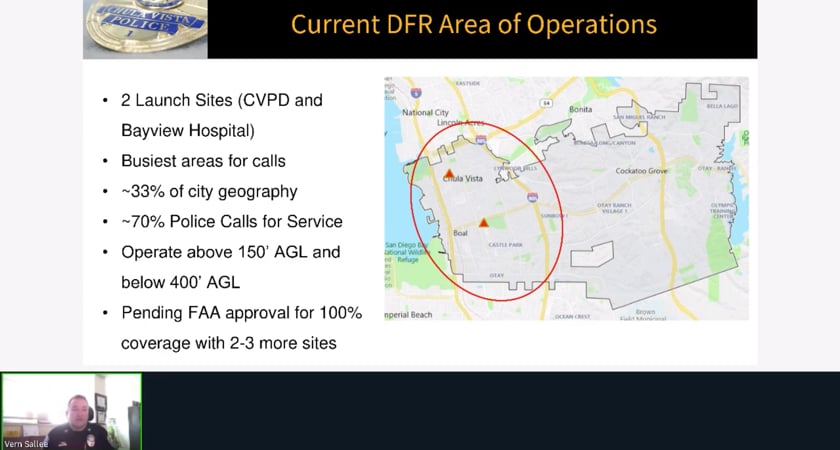 It must be noted that the CVPD received the FAA’s first-ever active emergency response waiver with a beyond visual line of sight (BVLOS) provision for public safety in March 2019, following which its drones can cover an operational area of 3 nautical miles from the launch position. However, to maximize flight safety, a visual observer is always present at the launch site, even as the drone utilizes automation and geofencing technologies for safe operations.

An experienced teleoperator controls the drone camera or sensors to coordinate the resources and tactics via radio – just like an incident commander or a manned helicopter observer would. The CVPD has also equipped itself with the ability to widely distribute live videos to first responders, supervisors, and managers.

Collectively, these factors enable first responders to focus all energies on the emergency incident itself, rather than the drone.

DFR: A revolution in public safety

To say that the CVPD is revolutionizing the use of drones in public safety would be an understatement. Since October 2018, when DFR operations began, the law enforcement agency has utilized drones in over 3,400 reported emergencies. 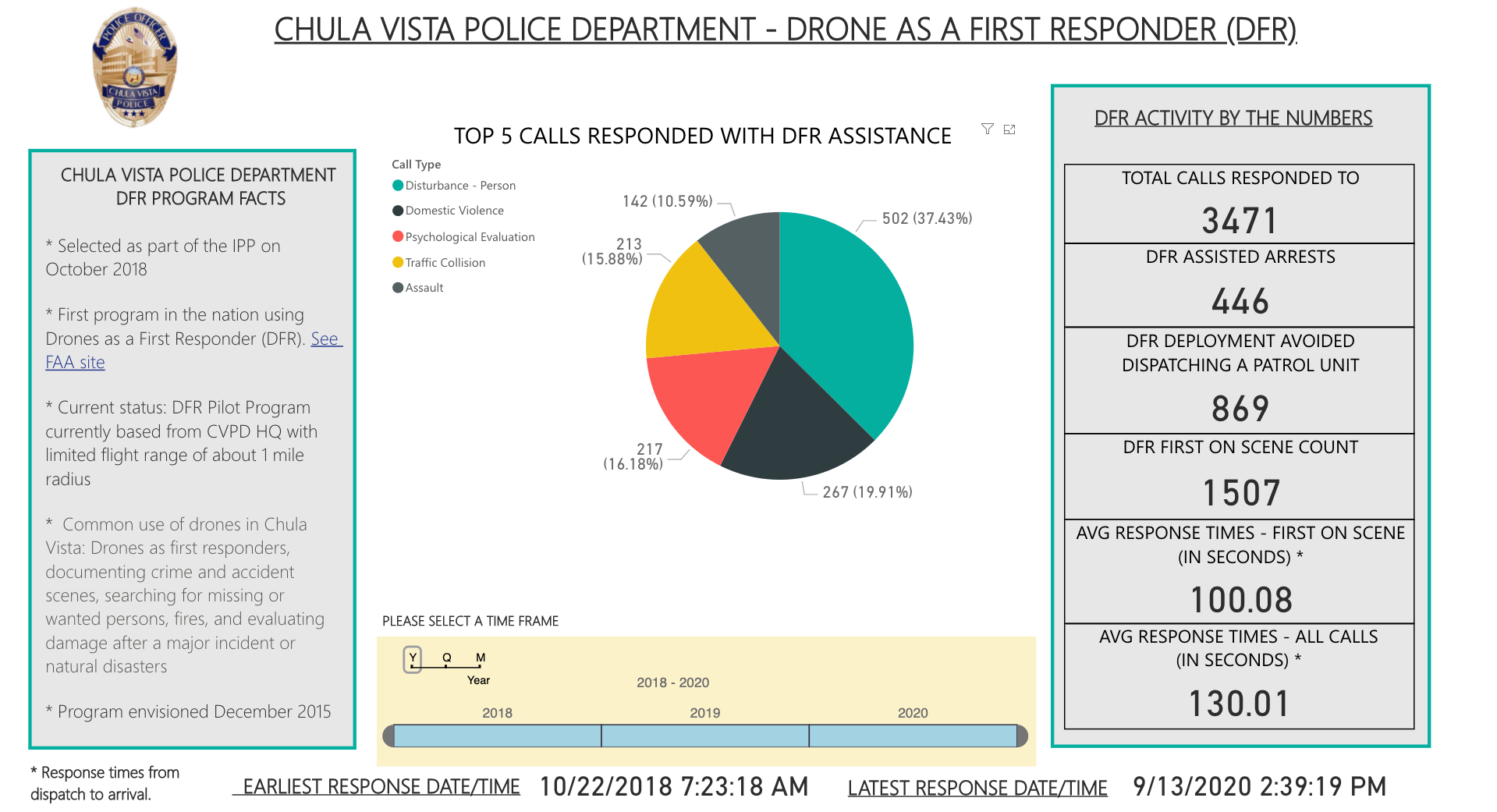 Find the recent statistics on the CVPD Drone Program page

In more than 1,450 cases, the drone was the first to arrive on scene, clocking an impressive average response time of 101.8 seconds. DFR deployment was, in fact, able to avoid dispatching a patrol unit in more than 840 cases. Since live footage provided evidence that a report could be resolved over the phone, the police department was able to direct patrol cars to tackle other critical incidents instead.

In 440 cases, the DFR program played an instrumental role in catching criminals or assisting detentions. In his AirWorks 2020 talk, Captain Sallee has showcased real-life videos and provided numerous examples of these successes – not only from Chula Vista but also from the Tijuana Police Department, who visited the CVPD and decided to replicate the DFR operations.

Sallee’s talk also focuses on the history of the CVPD’s drone program in detail, explaining the many factors that led to its widespread public acceptance. The overall scope of this scalable and reproducible program is also discussed at length, along with the department’s goals for the coming months. 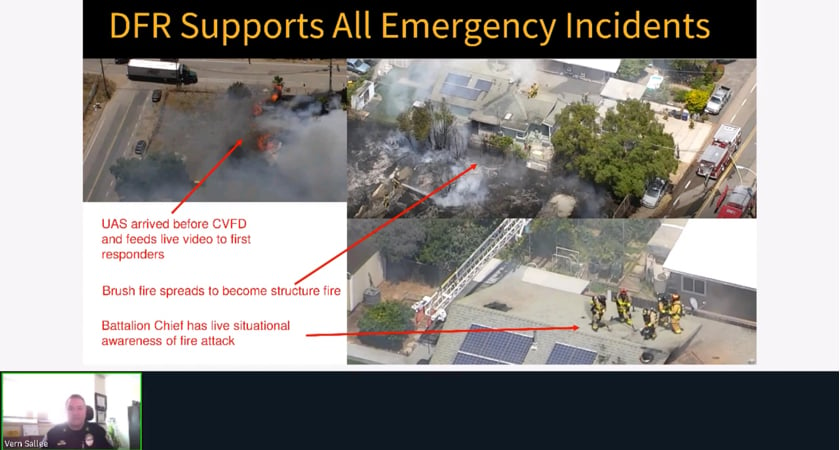 If you registered to attend AirWorks 2020, you should be able to watch all this and more through the session recording link here.

If you did not attend AirWorks but would like to access all keynotes, workshops, and trainings on-demand over the next one year, the registration link is open until Oct 31. Hurry! 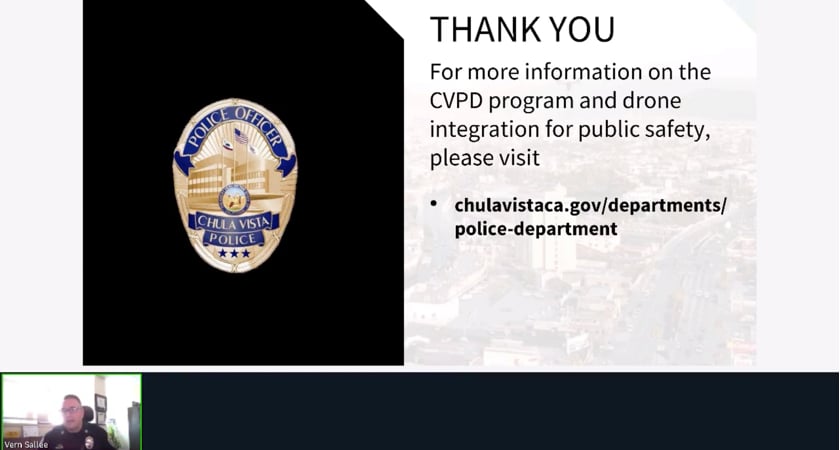 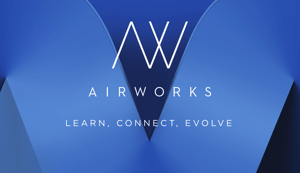 Since its inception in 2016, AirWorks has become the industry’s leading commercial drone conference. Now, two years on from our last in-person event, it’s back and bigger than ever. Across three days...
END_OF_DOCUMENT_TOKEN_TO_BE_REPLACED 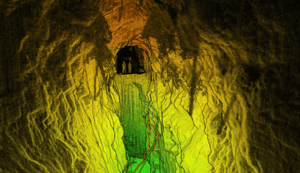 Drones equipped with cameras give companies an extra pair of eyes in the sky, providing a new perspective on operations happening on the ground. Across industries as varied as construction, emergency...
END_OF_DOCUMENT_TOKEN_TO_BE_REPLACED 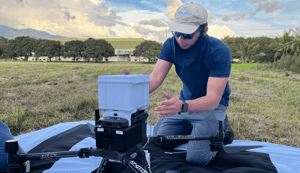 When we consider the impact of enterprise drones, the first things that come to mind are the massive cost and efficiency savings brought to verticals like agriculture and construction. But really...
END_OF_DOCUMENT_TOKEN_TO_BE_REPLACED 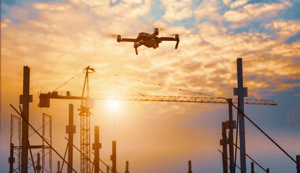 Drones are a natural fit for the construction industry, one that combines large-scale equipment and constant activity with a need for centimeter-level precision. Contractors aiming to make their work...
END_OF_DOCUMENT_TOKEN_TO_BE_REPLACED