To ensure our enterprise users don’t miss a thing, we’ve summarized the key information here in addition to our traditional release notes (which, as always, can be found under the downloads section of each product page, such as here for the Mavic 2 Enterprise Series).

The latest update (V1.8.0) of our enterprise mobile application for Android ports over improvements made for the M300 RTK to the Matrice 200 Series V2 and Mavic 2 Enterprise Series.

The ISO, EV and Shutter camera settings are now directly overlaid on the Live View interface for a more streamlined pilot experience. 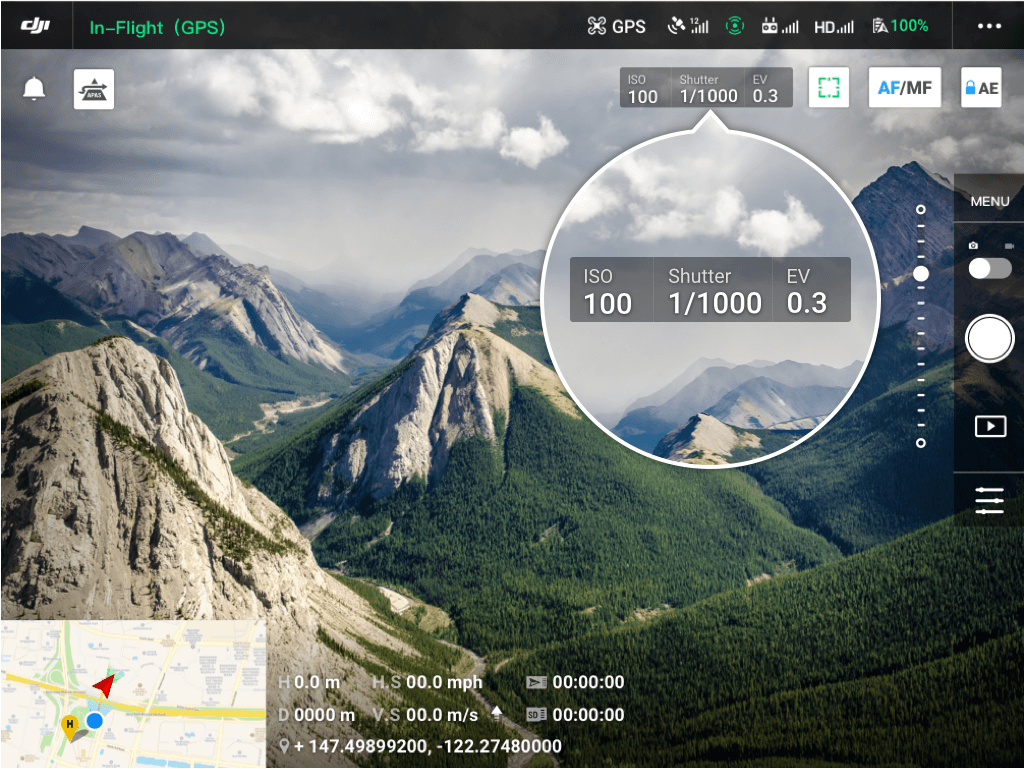 The Manual Flight and Auto Flight interfaces now have a new message box icon and interface. All critical alerts are gathered here and can be accessible with a simple tap. Users can review, clear or hide alerts in an efficient way. 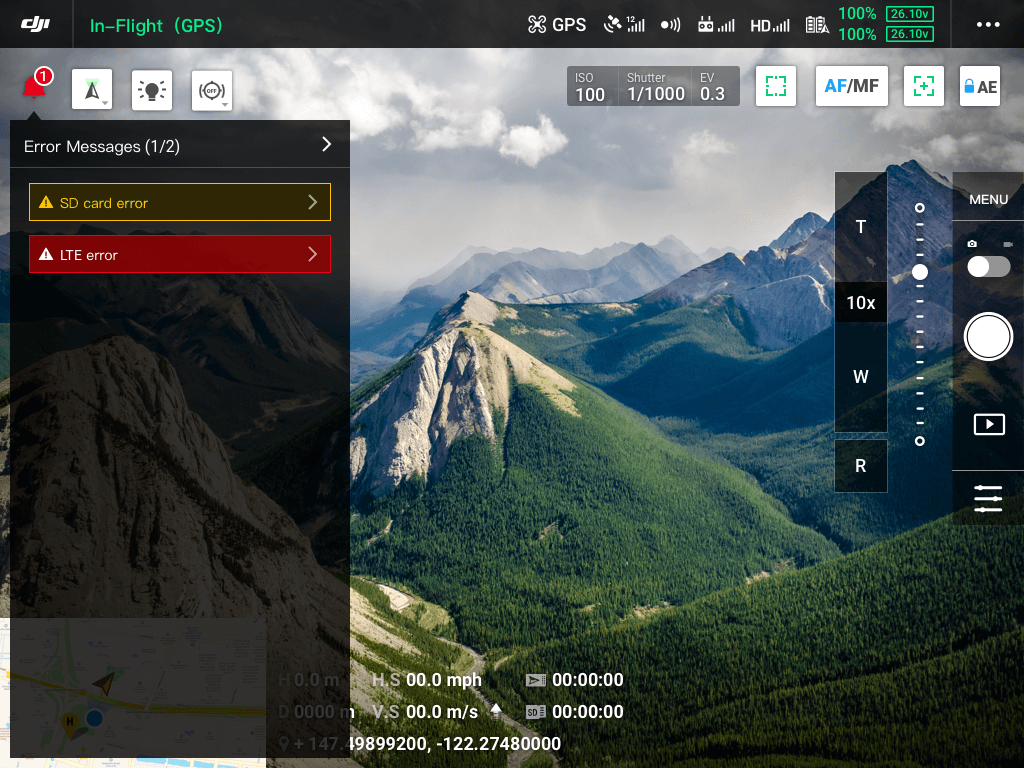 Taking lessons from our newly introduced Primary Flight Display, we have moved two key indicators directly into the FPV view to dynamically display critical flight information in a 3D manner.

Additional UI Improvements across all models: 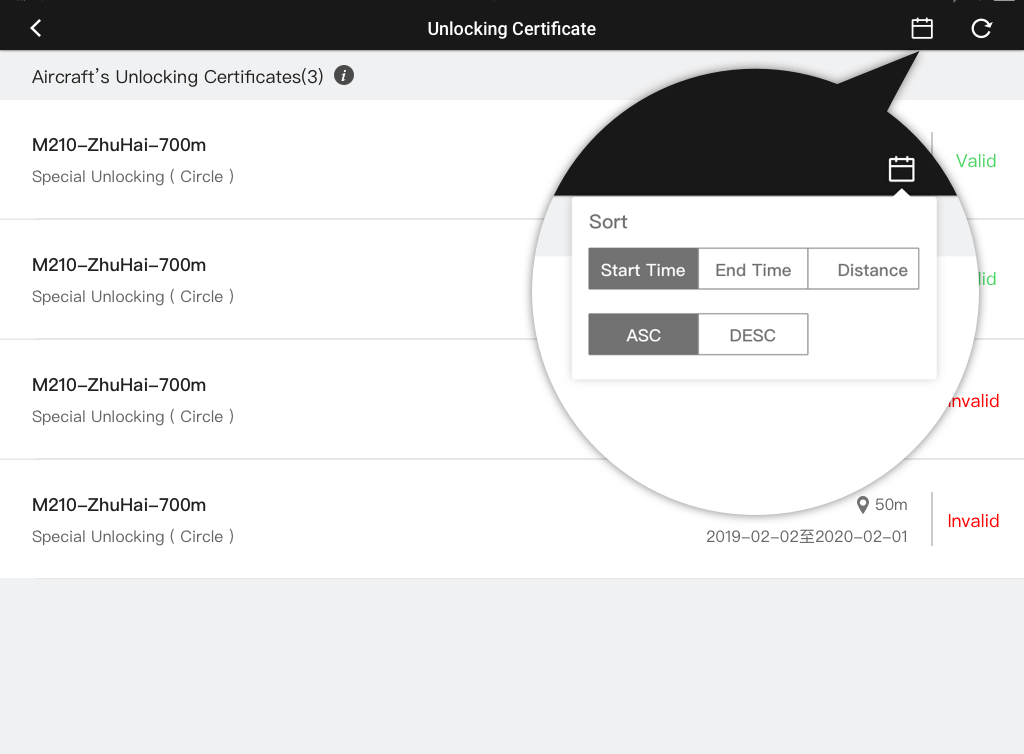 Users can now flexibly set the HDMI output of the accompanying DJI Smart Controller via DJI Pilot, able to directly export images from the camera. 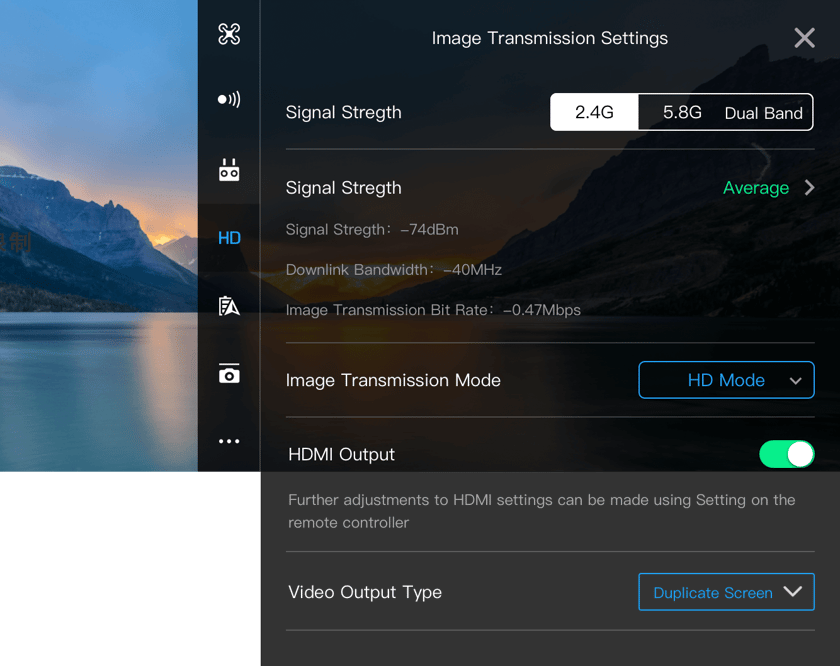 The new firmware for our last generation enterprise platform, the Matrice 200 Series V2, optimizes data acquisition workflows (particularly for surveying) and improves compatibility with 3rd party payloads/accessories. Please note all functions only work when the aircraft is upgrade to firmware XYZ and DJI Pilot to v1.8.0 or later.

When mapping with the M210 RTK V2 and Zenmuse X7, using only one set of orthophotos might not yield 3D models of ideal elevation accuracy. The newly added elevation optimization function means that after shooting orthophotos, the aircraft will automatically fly from the endpoint to the central area and take 10 oblique images, which will be imported together with orthophotos into DJI Terra for reconstruction.

Comparison of turning off and on the elevation optimization function (both samples used M210 RTK V2 and Zenmuse X7 35mm to collect data of the same area, GSD = 2.74cm / pixel): 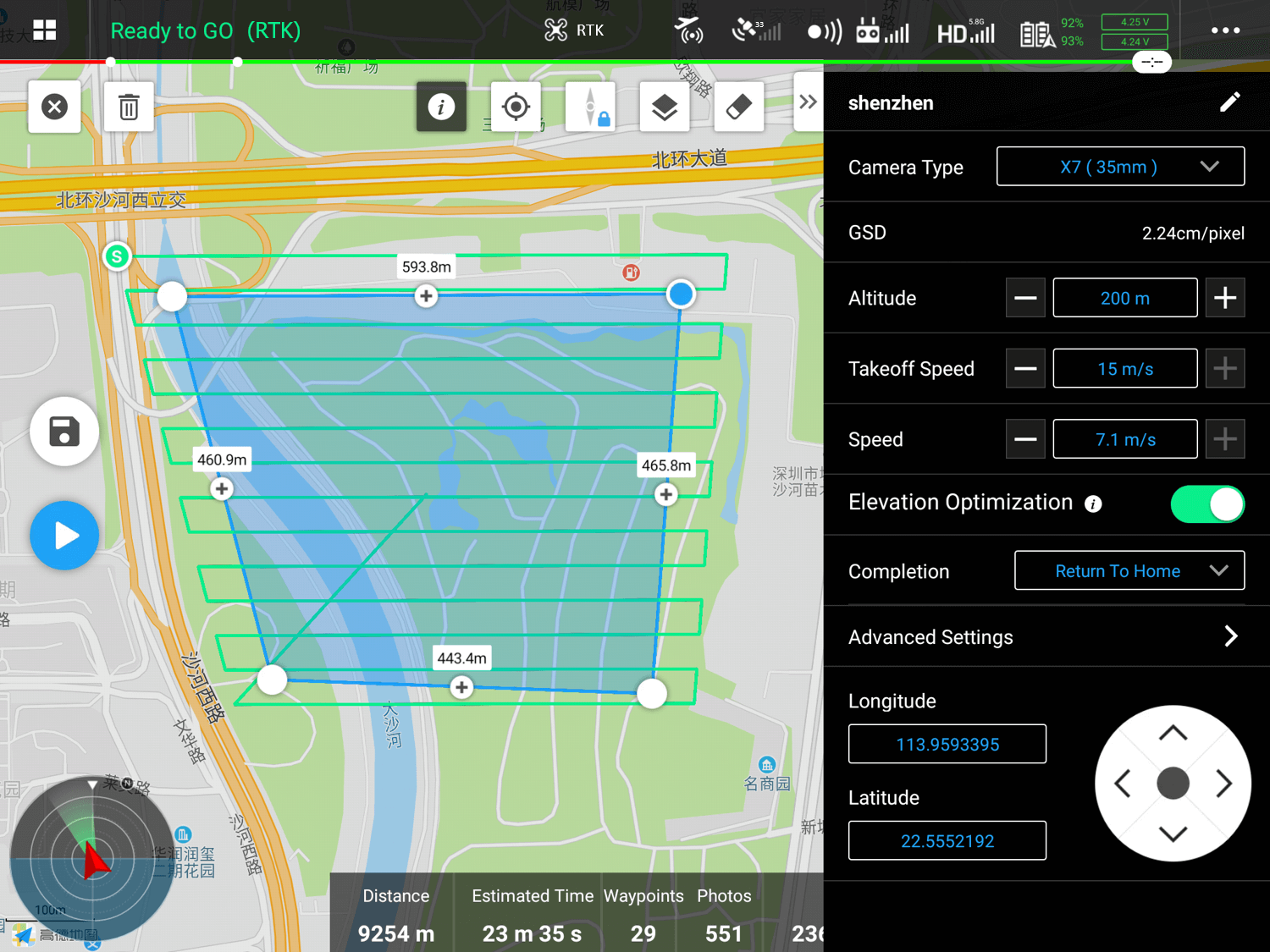 2. Dual antenna capabilities can now be enabled even when not using RTK functionality

Without connecting to D-RTK 2 mobile station or network RTK, the M210 RTK V2 can still use dual antennas to search satellites and output accurate orientation information. This is particularly useful for missions which require the drone to fly in areas with strong electromagnetic interference (such as near a power line).

After the firmware update, without connecting to D-RTK 2 mobile station or network RTK, the aircraft can still output accurate orientation information through the RTK module, as long as the onboard RTK dual antenna can search satellites normally. This provides enhanced anti-magnetic interference capability and flight safety.

Before the update, when using the M210 RTK V2 and Zenmuse X7 to plan the route, photos taken were automatically stored in the folder of the corresponding route, and named in the format of DJI_0001.JPG. However, this means photos in different folders might have the same name, which might cause trouble when managing large datasets or importing into photogrammetry software. After the update, photo names will be prefixed with the route folder names, so as to avoid this issue. 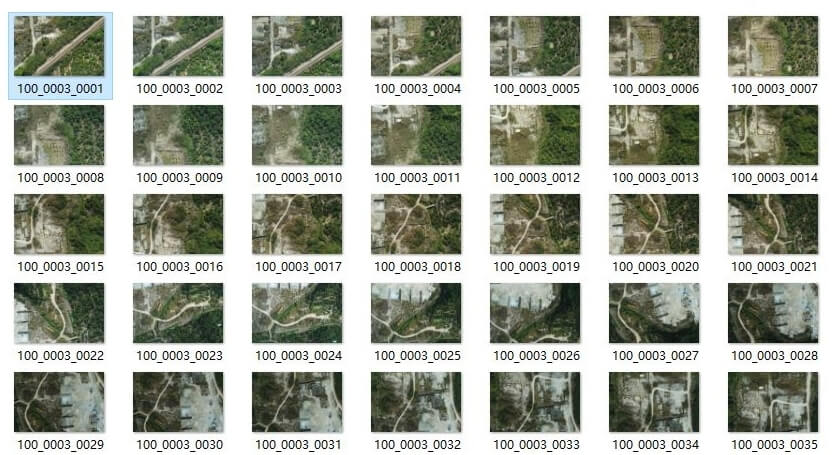 The expansion port at the tail end of the M210 V2 and M210 RTK V2 allows developers to connect and control their own accessories such as payload drop systems, lighting systems and more.

The latest firmware enables shortcuts on the remote controller to control the output of IO port. For example, when a drop release device is connected to the aircraft, you can directly press a remote controller button to release the item.

The Matrice 200 Series V2 now fully supports Payload SDK 2.0, introducing a slew of software optimizations such as data downloading to the RC and a custom widget, as well as compatibility with two payload integration methods - the DJI SkyPort V2 and DJI X-Port.

Updates to the Mavic 2 Enterprise Zoom and Dual models focus on optimizing the core functionality of the drone and the camera performance.

Please note that this is measured in an unobstructed, free of interference environment. Maximum flight range specification is a proxy for radio link strength and resilience. Always fly your drone within visual line of sight unless otherwise permitted.

The M2E loudspeaker modular accessory can now adapt to variable audio sources and project at a more consistent volume to deliver a clearer message.

When using the Mavic 2 Enterprise, you can now perform digital zoom of the real-time image and view more details without going to Playback then zooming in on previously taken photos. This function significantly improves the efficiency of on-site operations for tasks like supervision, law enforcement, and inspection.

The denoising and sharpening performance at high ISOs has been optimized. This seeks to improve performance for public safety professionals that need to operate in low-light environments.

With the rise of large commercial buildings across the US, the demand for safe and effective inspection of rooftops has been growing substantially.
END_OF_DOCUMENT_TOKEN_TO_BE_REPLACED

We are now inching toward a place in time where most people begin to wonder: why did I make that New Year’s resolution? Well, we may not be able to help you out much in your pursuit of a “newer,...
END_OF_DOCUMENT_TOKEN_TO_BE_REPLACED

For most households, energy bills are a consistent and expensive outgoing. These costs peak during the winter months when the cold arrives. The U.S. Energy Information Administration predicted that...
END_OF_DOCUMENT_TOKEN_TO_BE_REPLACED

Delivery drones could very well be The Next Big Thing for businesses to deliver goods to their customers. They can also be extremely helpful in transporting sensitive items such as medical supplies...
END_OF_DOCUMENT_TOKEN_TO_BE_REPLACED