How accurate is accurate enough? If you’re like most land surveyors, the answer is “as much as possible.”

With an RTK drone, surveyors and other kinds of enterprise drone pilots can expect centimeter-level positioning accuracy with each flight. The system represents a marked improvement from satellite data on its own and can help ensure you have the accurate information you need to get the job done.

What exactly is RTK?

Real Time Kinematics, or RTK for short, is a special technique for satellite positioning that can produce accurate results to the centimeter, making it an invaluable tool for surveyors around the world. The method involves measuring satellite data against a ground station for precise, real time information. 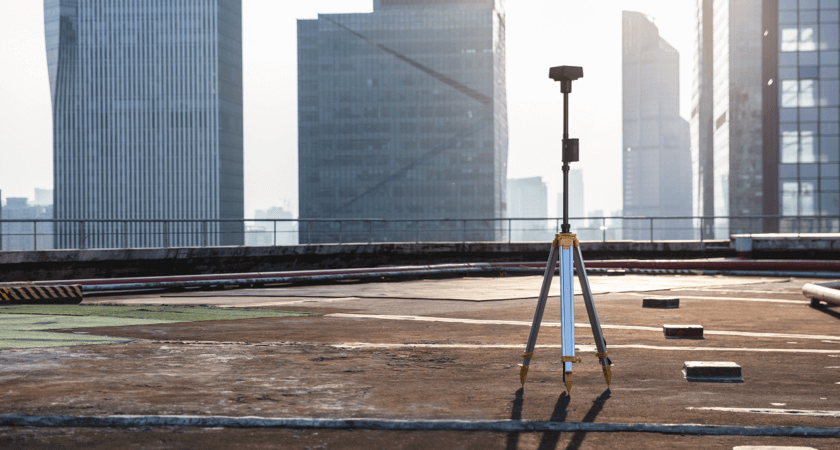 The key parts of the RTK technique include:

RTK GPS data is far superior to satellite data on its own because it can be used to correct inaccuracies and discrepancies, ensuring information hews as close to reality as possible. There are numerous factors that can skew satellite coordinates, including incremental weather, tall buildings, mountains, and other issues calling for RTK correction. These are called “tropospheric delays.” The RTK system fills in these gaps with real time data from the base station and drone.

The major benefits of an RTK system include:

The difference between similar drones with and without RTK is startling. In one recent study, DJI and DroneDeploy compared the Phantom 4 RTK and Phantom 4 Pro (a consumer edition that does not have a built-in RTK receiver) over more than 30 different flights with a control point system for a rooftop building survey. The results showed that the RTK-enabled drone calculated horizontal and vertical accuracy of the measured points better, as well as the accuracy of linear measurements.

For more information, download our white paper How Accurate is the Phantom 4 RTK?: Measurement Accuracy of the DJI Phantom 4 RTK & Photogrammetry.

Using an RTK Drone with PPK

While RTK technology represents a major step forward from using satellite data alone (especially if it isn’t corrected with ground control points), it does have some limitations. For example, if your drone loses connection with the controller or satellite, then real time data transmission won’t be possible. Some jobs, especially longer ones in challenging terrain, make it difficult or even impossible to maintain stable data transmission.

As a result, the RTK system is not the only way surveyors and other drone professionals correct satellite coordinates and ensure accuracy. Another method is called “post-processing kinematics,” or PPK for short. While often talked about together, it’s important to note that RTK technology and PPK are actually quite different.

PPK requires essentially the same equipment as RTK but is run with a completely different workflow. Unlike RTK, a PPK workflow means you won’t require any real time corrections. Rather, the drone system stores data onboard the drone, and calculations post-flight combine both the aircraft data and base station data, producing results in PPK software on a computer. Data is created with geotag coordinates from an on-board GPS unit. Your base station, meanwhile, will also keep track of the drone’s positional information. These numbers can then be compared against each other after the completion of a flight.

While you don’t get the convenience of on-the-go corrections, a PPK system requires fewer transmissions and thus can get the job done even with a poor network signal reception or other obstructions. To maximize the potential and cover the limitations of each method, many top-shelf enterprise drone solutions utilize both RTK and PPK technologies to ensure the most accurate positioning possible. The Cloud PPK Service for DJI’s Phantom 4 RTK, for example, can be used to conduct calculations on the drone’s remote controller, in addition to the DJI GS RTK flight planning app. This setup also means you can adapt the Phantom 4 RTK to the workflow that makes the most sense for the job. 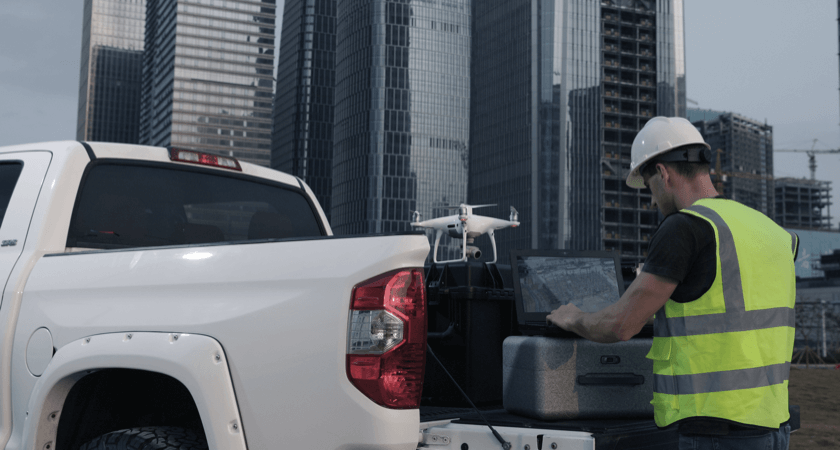 Getting the most out of your RTK hardware

If you’re looking for an RTK system that’s reliable for each and every flight, you’ll want an enterprise drone from DJI. Our RTK systems utilize an on-drone module and a high-precision GNSS Mobile Station. The combination of onboard RTK receiver and GNSS signal reference station delivers a high degree of RTK accuracy. Whether you elect to rely fully on RTK or also have PPK capabilities as a backup, using a DJI drone means you can expect to stay connected no matter the mission.

Some of DJI’s premier RTK drones include: 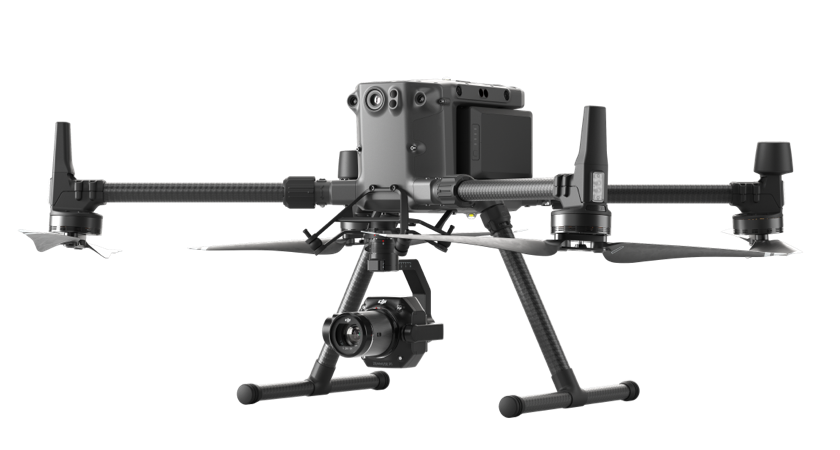 Welcome to the future of commercial drones. The Matrice 300 RTK accentuates its advanced RTK positioning system with advanced AI capabilities and six directional sensing positioning. Add in a 55 minute maximum flight time, hot-swappable batteries, and a wide-ranging operating temperature and you get a drone that’s ready for any job you can throw at it. 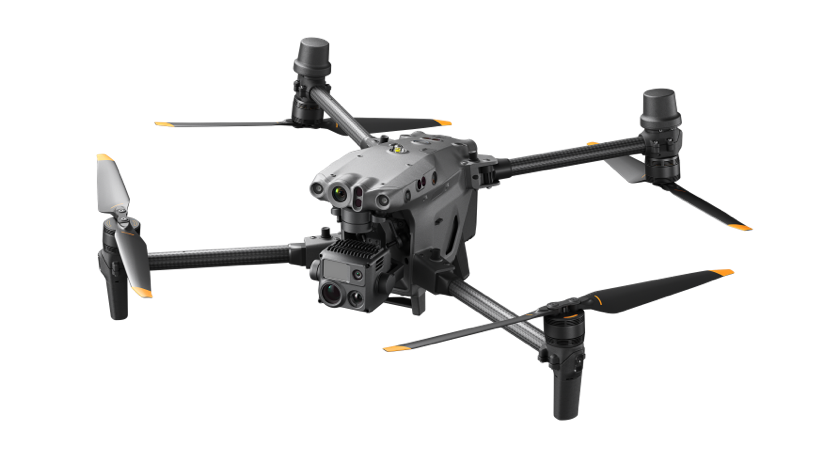 The Matrice 30 takes everything the Matrice 300 has, and packs it into a portable package. With a smaller footprint and weight, the Matrice 30 is far easier to take along for your inspection missions. With built in RTK modules, it's the perfect solution if you need to conduct precise drone inspections of assets or infrastructure that require centimeter-level accuracy. 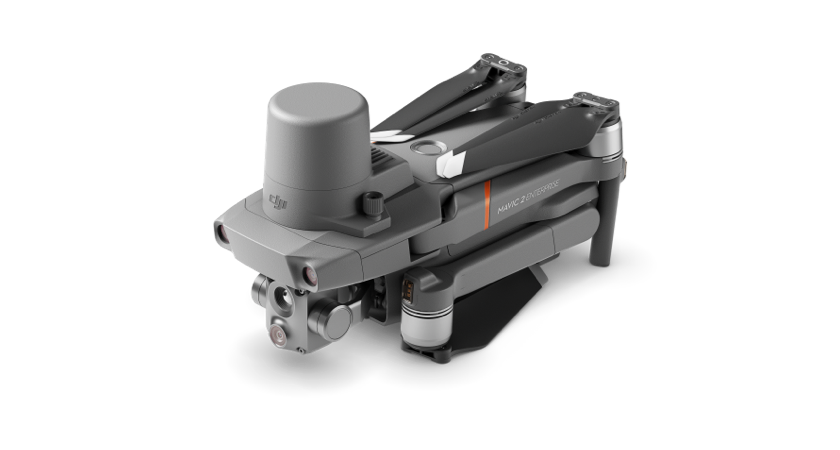 This compact, foldable tool comes with a built-in 48MP dual-sensor with 640x512 px thermal resolution. Its attachable RTK module enables this drone to fly precise, repeatable inspection missions. With up to 31 minutes flight time, this is a powerful, portable solution.

For more information on our land surveying solutions, visit https://enterprise.dji.com/surveying/land-surveying.

We are now inching toward a place in time where most people begin to wonder: why did I make that New Year’s resolution? Well, we may not be able to help you out much in your pursuit of a “newer,...
END_OF_DOCUMENT_TOKEN_TO_BE_REPLACED

For most households, energy bills are a consistent and expensive outgoing. These costs peak during the winter months when the cold arrives. The U.S. Energy Information Administration predicted that...
END_OF_DOCUMENT_TOKEN_TO_BE_REPLACED

Delivery drones could very well be The Next Big Thing for businesses to deliver goods to their customers. They can also be extremely helpful in transporting sensitive items such as medical supplies...
END_OF_DOCUMENT_TOKEN_TO_BE_REPLACED

When road accidents occur, public safety personnel will often need to document the scene. This critical step, also known as accident reconstruction, is a delicate balancing act between accuracy and...
END_OF_DOCUMENT_TOKEN_TO_BE_REPLACED