The New European Drone Regulations are Here. What's Next?

Legally, the New European Drone Regulations are now applicable across all member states. Practically speaking, the road ahead may still be long.

While some parts of the regulation will not apply until December 31, 2022, drone operators, particularly in the enterprise sector, need clear answers to keep running their business unconcerned.

In an effort to ease our consumer and enterprise customers’ concerns and offer some practical advice on how to navigate the adoption process, we asked one of our trusted German retailers, Globeflight, to shed some light on the current situation in their country.

In some EU member states, new draft regulations implementing the EU regulations are being discussed , but final approval depends more on national legal systems than anything else . Other states  are racing to adjust their training programs to meet new requirements, and finally some have opted instead for a concise update of their existing framework with references to pre-existing rules.

The picture that emerges is fragmented but very clear: adopting a new framework is not just about compiling a new set of rules that override the previous ones. The task calls for a complete re-thinking of what drones are and what place they hold in our society.

Needless to say, a shift of mindset requires time. That may partially explain the general delay faced by some EU member states in moving from the “old way” to the “new way” while still trying to comply with all established modus operandi and safety concerns.

The new way, as explained in our recent article on the impact of new European drone regulation, is essentially about removing barriers, which in turn, as a Globeflight representative puts it, fosters “greater operational safety.”

In theory, a harmonized regulation in the European Union means three things:

However, where rules are being re-drafted to fit with the new scenario, such as in Germany, and the new regulation has not officially been approved at a government level, established certifications and authorization processes still prevail for the time-being.

In other cases, such as in non-EU States like Switzerland, negotiations between local and European regulators are still ongoing, but certain that until something changes, the old regulation still applies.

What seems to be at the root of a delayed adoption of the new European drone regulation is probably the complexity of these rules -- a scenario we can normally expect with every new implementation.

For this purpose, and after having identified some of the main challenges DJI’s customers are faced with in the coming months in our recent Webinar, we urge you to take the following steps to continue to operate lawfully: 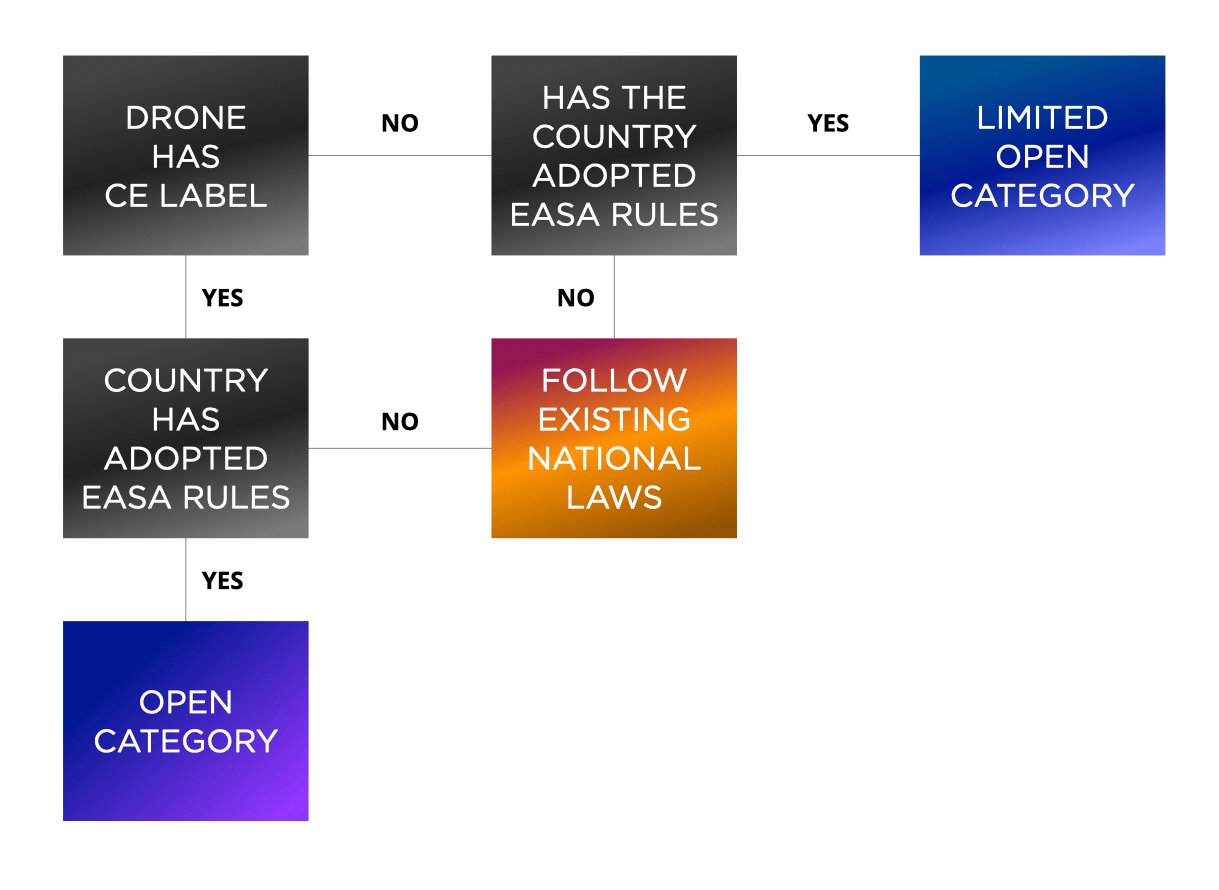 The new European drone regulations are meant to liberate. For commercial drone operators it is without any doubt a much-awaited opportunity to expand their business beyond national borders with seamless processes. With this in mind, we may be bracing for a few more months of adjustment but can clearly see how the benefits outweigh the initial challenges for a technology that has changed the way we work.

How to Become a Professional Drone Pilot
in Regulations

5 Times Thermal Drones Made a Difference

Thermal imaging in small unmanned aerial vehicles (sUAVs) or drones has been gaining popularity in recent years. From land assessment in agricultural settings to power line inspection in the utility...
END_OF_DOCUMENT_TOKEN_TO_BE_REPLACED

Drones and helicopters don’t mix: that’s a message we have heard time and again. And not without reason. If a reckless drone pops up near an active fire to capture a ‘cool’ photo or video, it could...
END_OF_DOCUMENT_TOKEN_TO_BE_REPLACED

Drone inspection is so much more than simply image-capturing. It completely eliminates the safety risks of sending personnel in harsh environments, which is a priority in any industry.”
END_OF_DOCUMENT_TOKEN_TO_BE_REPLACED