The penultimate challenge for any controlled explosion in a quarry mine is safety – for equipment and structures, but especially for people. No matter how much time or oversight is put into the preparation, the unfortunate potential for human error still remains. When teams are performing perimeter checks, there is always the possibility of “blind spots”. In addition, the underlying challenge of overseeing the actual oversight personnel must be taken into account.

That is why much consideration is taken when establishing the different types of danger zones for the blast: a danger zone for people, another for equipment and a third for structures.  Since violations of these zone perimeters can have severe physical consequences, as well as financial or administrative ones, companies establish specific regulations for zone establishment and safety procedures. Yet, even with extreme care and dedicated supervision, each blast has the potential to create unpredictable variables. That is where the testing of industrial drone technology for optimal safety comes into play.

Promoting drone use in quarry operations

Yet, many in the industry see the use of drones for the smart mining of quarries as a way to stay competitive for the future. Ferrexpo AG, a prominent iron ore producer operating in the Poltava region of the Ukraine, have committed themselves to investing in the use of drones for eliminating safety risks while reducing costs for some time. The Swiss-based mining company remains an excellent example of how the upfront challenges of outfitting a quarry site with new gear can yield positive results. Alexander Tubaltsev, chief miner at Ferrexpo’s Yeristovo Mine in the Ukraine, elaborated on the move towards smarter explosions, “The safety of our personnel as well as unwanted onlookers within the danger zone is a major concern for us. Theoretically, with drones as part of our operations, the number of accidents has the potential to be reduced to zero.”

Gearing up for the blast

For this reason, DroneUA, one of the world’s biggest international system integrators of unmanned solutions, provided Ferrexpo with two of DJI Enterprise’s state-of-the-art long-distance drones. DJI’s Matrice 300 RTK (M300 RTK), was provided for use at the Ferrexpo Yeristovo Mine in order to perform an in-field test. The mission was to help determine how a commercial drone program for mining can deliver the safest and most cost-efficient execution of a scheduled blast operation in a quarry. Tubaltsev, who was also in charge of the controlled explosions, added, “Even though drones won’t be replacing personnel on the ground during a pre-blast set-up, the drones have the potential to monitor workers responsible for active perimeters, send alerts on unwanted persons in harm’s way and provide more confidence to blast ops management.”

For the Yeristovo task, the two M300 RTKs were used to observe the perimeter of the quarry during the mass explosion with four main objectives:

The challenges of using unmanned devices in a quarry can only be achieved with industrial platforms suitable to work in environments subject to magnetic anomalies and tough weather conditions. With that in mind, the Matrice 300 RTK was considered as a comparable solution.

Alexander Tubaltsev, chief miner for Ferrexpo Yeristovo Mining added, “Some of the most critical parameters we are looking for to support us on the blast are overall drone airtime, suspension capabilities, signal transmission method as well as overall signal quality.”

Drone fleet countdown: one hour before the explosion

There were two options on how to manage the drone support.

The average duration of the M300RTK in the air is 30-40 minutes. The flight time is of course influenced by on-site weather conditions, intensity of the flight, amount and type of attachments (payload) used.

Advantages: No restrictions to height, maneuvering and movement

Allowing the drone to be tethered to a ground source of power can allow the drone to hover in the air for hours. However, the cable connection means mobility is thus limited. Luckily, modern cameras capabilities can easily make up for this deficit.

Advantages: Ability to stay airborne for 4-6 hours without having to land to change battery

Disadvantages: Radius and range is greatly reduced. Still, this remains a valuable option for lengthy projects within a reduced size area.

The view from the quarry command center

During the test, the drones were controlled from the office of the Mining Construction office. This was a suitable and previously confirmed location for the Yeristovo explosion, however, working from an open space like the roof of a building allows for direct visibility with the drone and can reduce limitations when piloting.

For the Yeristovo study, the open terrain of the quarry and short range of the perimeter meant that the office as a command center was suitable. It also meant that the testing of the transmission range was not exploited. It was unnecessary to conduct the test beyond a range of 2 km, even though the M300 RTK has a max. range of 8 km. In this case, the ability of the drone’s cameras were more than adequate in capturing the necessary indicators within the smaller 2km zone.

What was equally important for this particular scenario was signal transmission. There are high demands put on industrial zones to guarantee a constant signal at the most critical of moments. Even though the quarry area was, in fact, a zone of increased magnetic anomalies known to affect compasses, GPS and remote-controlled signal transmissions, the DJI drones tested exceptionally well under these conditions. In the case of the M300 RTK drone when equipped with the H20T camera (see chart below), the quality of the transmitted image in regard to detail, speed of transmission and no dropped frames or freezing on the monitor was of a significantly high standard that matched the degree of responsibility needed during a mass explosion.

Video signal transmission to the response point (display, monitor or TV) is possible:

-   via HDMI (in the case of when a drone operator in near a building). This was the option used for this test.

-   through the Flight Hub system using an internet connection.

Since the drone itself is essentially a platform for mounting various compatible equipment (up to 2.7kg) of differing functionality and capability, not all options were utilized for the Yeristovo test. In this instance, cameras with a high optical zoom capability, as well as thermal imaging were most relevant to the project. It was assessed beforehand that the best camera for the task was the Zenmuse H20T.

With the intelligent modes available with the Zenmuse H20T, the optical zoom camera interface proved valuable for automatic detection of people and vehicles. 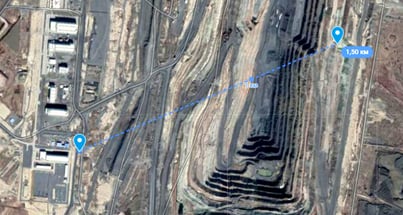 Figure 1: distance between person and drone at 1.5 km

Testing from a distance of 1.5 km and applying multiple levels of zoom capabilities, the Zenmuse H20T easily spotted and automatically tracked objects and people in the different zones. 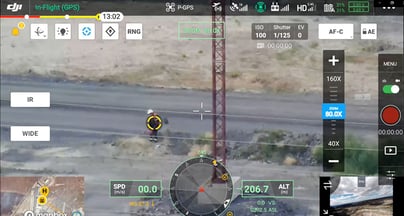 Figure 2: At 80x zoom, the system still automatically found the object or person

The camera also allows for the full synchronization of a laser rangefinder with the sensors integrated into the camera’s suspension. This allows for an objects’ coordinates to be displayed directly on the screen.

Not only can the camera identify and track coordinates of people and objects, but there is also the ability to add tags for documentation. When receiving photo/video material, the drone model, serial number, date/time, coordinates, altitude and other notes and all be added to the image. This is incredibly invaluable for future tasks in a repeated area and for overall documentation, whether it be for reference or legal assurances. 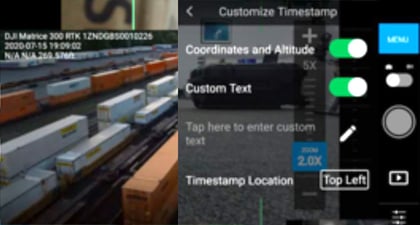 Figure 4: Customizable timestamps for continued oversight from project to project

The use of the thermal imaging camera could also prove vital to a blast scenario. Even though the thermal camera is not as effective at long distances because of the small focal length of the camera’s parameters cause objects to appear too small, the camera feature can still be used for a mass explosion. The Yeristovo site test brought up these key insights:

Overall, both Matrice 300 RTK drones with Zenmuse H20T cameras as their payload showed off their full functionality during the analysis, especially in terms of control and operational decision-making opportunities.

The M300 RTK performed particularly well with the following tasks:

Ultimately, the task of any drone on a mining blast site isn’t to replace experts on the ground but to add a digital intelligence to the mix – one that can provide additional lifesaving safeguards as well as long-term profits through reduction of error. Alexander had this to say about the use of UAVs in the operation, “Using a drone for perimeter security is to help the people in charge get people out of the hazardous blast zone. Not only by radio and phone but by aerial video for better oversight too. This brings an added value to the process that ensures better control.”

Coastal erosion has become an increasingly severe problem in much of the United States. An analysis by the nonprofit research group Climate Central estimates that rising sea levels could wipe out...
END_OF_DOCUMENT_TOKEN_TO_BE_REPLACED

Energy is the essential ingredient of human evolution. It powers economies and sustains life as we know it. And yet our relationship with this precious commodity is at a turning point.
END_OF_DOCUMENT_TOKEN_TO_BE_REPLACED

When Alex Nunez left his native Venezuela for Miami in 2015 to be closer to his sister – and open the next chapter of life in a new city and country – the trained engineer decided to broaden his...
END_OF_DOCUMENT_TOKEN_TO_BE_REPLACED

In many parts of the world, where ships are used to import oil and gas products, refineries and storage terminals are typically located near navigable waters. Transfer between a moored ship and an...
END_OF_DOCUMENT_TOKEN_TO_BE_REPLACED