As the New Year’s ball dropped and humanity celebrated the coming of a new decade of progress, Wuhan, China – a bustling travel hub housing over 11 million people – had a virus slowly brewing amongst its dense markets and street corners. What would later become known as COVID-19 (and often referred to as Coronavirus) was finally widely publicized and understood as a potential threat to the lives of many and the health of the global economy.

With the Chinese New Year around the corner, the country had to take action. The Chinese government quickly extended the holidays to minimize travel and made a drastic decision – to implement the largest quarantine in human history over Wuhan. In the meantime, industry leaders have adopted new remote work technologies and procedures to limit the impact of the virus on the economy and their employees.

Similarly, officials have worked together with private industry to seek new technologies that can help directly combat the spread of COVID-19. In this process, DJI and departments across China have deployed drones for known public safety applications, and even discovered new ways drones can be deployed to combat viruses.

As remotely piloted devices, drones are naturally effective at minimizing human interactions, which is crucial when the same officers meant to safeguard the communities can potentially become vectors for the virus to spread.

DJI’s tests with local partners have had drones deployed in four ways: to facilitate communication, disinfect areas, deliver supplies and measure body temperatures. Some of these applications are new, unique ways to deploy drones, and inherently the question around their real impact is still up in the air. However, DJI would like to share a brief introduction to these key ways drones are being used to inspire others on ways they can potentially use new technologies to combat the spread of COVID-19. 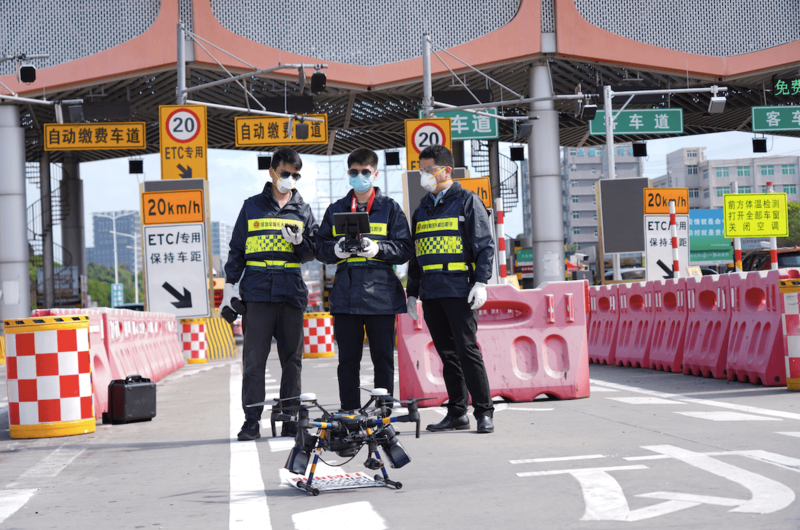 As we have seen in search and rescue missions across the globe – from spanning deserts to towering cliffs – drones have become powerful tools to visualize expansive areas and communicate in complicated areas.

These same capabilities have been critical to oversee and communicate in dense, urban areas during the panic around COVID-19. With drones, officers can more efficiently scan an area and broadcast a message, such as to put on your mask or remain inside if the area is infected. All while simultaneously keeping officials away from close contact with potentially infected people.

Seeing the risk of a pandemic, local governments have often encouraged citizens to limit their exposure and remain in their homes. This has put strain on package and food delivery systems, which are themselves a potential vector of contamination. While drone package deliveries aren’t at full scale yet – with only a few prior global tests such as in the US and the Dominican Republic – they have proven to be an efficient and contactless way to hand off critical medical supplies.

Most drones can be easily modified with a payload drop mechanism to deliver packages up to 6 KGs, without risk to both parties. This is particularly important in areas where the presence of the virus is confirmed, such as hospitals actively treating the virus.

While more information about the virus is being discovered and released by officials around the world, there is evidence that the virus may survive on hard surfaces (i.e. chairs, tables) anywhere from just a few hours to several days. This makes public spaces previously occupied by those infected such as buses, parks, etc, pose a risk of infection to others.[1]

In an effort to disinfect public spaces and prevent the further spread of COVID-19, local health authorities have tested out ways to deploy agriculture spraying drones to disinfect these areas more efficiently. Previously used for agriculture, these spraying drones are filled with disinfectants instead of pesticides, and are operated to spray the entire public area.

While the effectiveness of this new disinfection process is yet to be measured in a rigorous way, the speed and area covered in the process is unparalleled. Spraying drones can cover 100,000 m2 in an hour with a spraying tank of 16L.

You can learn more about DJI’s efforts with local partners to deploy and test this application here. 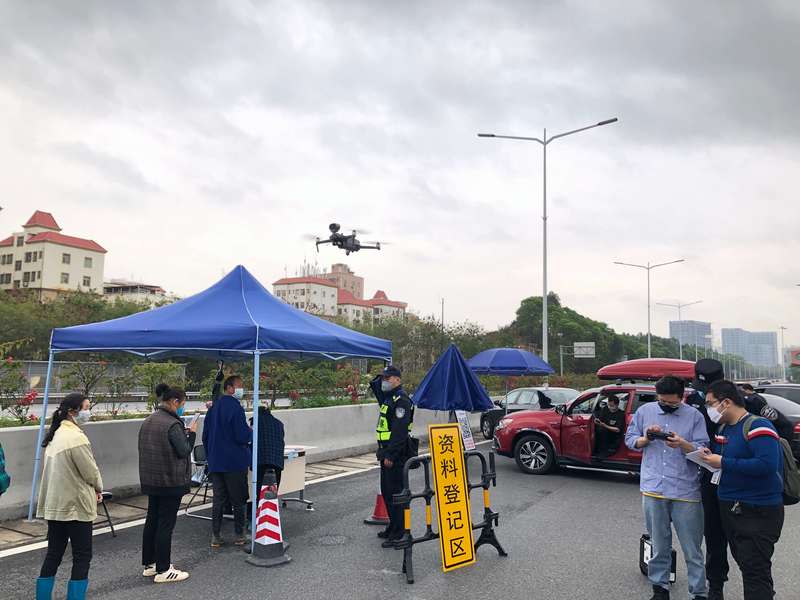 As the entire country of China has implemented measures to limit the spread of COVID-19, most apartment complexes and other buildings have implemented a simple temperature check process before admitting visitors into the building. This has proven to be a simple, yet effective measure to screen for potentially infected persons as a key symptom of the virus is a high fever.

While the process has proven effective overall, it has one risk point – the personnel conducting the temperature checks. As they traditionally measure each person with a handheld infrared thermometer, they may come into close contact with the virus and become a spreader themselves.

To limit this one risk point, some teams are using drones equipped with infrared cameras to test temperature measurements. While these drones are commonly used for public safety operations or inspections, with proper calibration, these drones can instead help measure body temperature.

After DJI’s engineering team tested different ways to calibrate airborne infrared cameras to measure body temperature, results showed that by installing a cotton swab within the field of view of the thermal camera, the camera can get an accurate reading. The calibrated drone camera can then be used to measure body temperatures while the officer remains at a safe distance away. While the results are encouraging, it is essential to mention this solution is not designed to be used for standard medical procedures, and to get usable data, the calibration process must follow the procedure strictly.

If you would like to learn more about the calibration procedure, you fill our contact form here for more information.

The Future of Drones in the Healthcare Industry

This is not the first time drones have been implemented in health-related scenarios. In Zanzibar, Tanzania, spraying drones are being deployed to fight Malaria. A group of researchers modified DJI’s Agras platform to spray chemicals onto rice fields to prevent Malaria-carrying mosquitoes from reproducing.

Separately, drones have been used to deliver critical medical supplies or lab samples in areas without the proper infrastructure.

While drones have become commonplace in industries such as construction, film production and public safety, these stories are a signal that drones are likely to become a common tool across the healthcare industry as well.

The spread of COVID-19 has been an unfortunate way to begin a new decade, but it is fortunate to see how various parties have quickly come up with unique and innovative solutions to combat the virus for the greater good.

When road accidents occur, public safety personnel will often need to document the scene. This critical step, also known as accident reconstruction, is a delicate balancing act between accuracy and...
END_OF_DOCUMENT_TOKEN_TO_BE_REPLACED 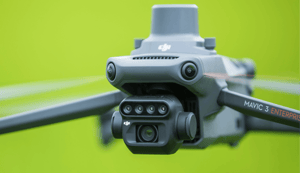 Farmers around the world already rely on DJI equipment to plan, manage crop health, and identify issues before they impact bottom lines. Drones have become a necessary and important tool for boosting...
END_OF_DOCUMENT_TOKEN_TO_BE_REPLACED

Energy is the essential ingredient of human evolution. It powers economies and sustains life as we know it. And yet our relationship with this precious commodity is at a turning point.
END_OF_DOCUMENT_TOKEN_TO_BE_REPLACED 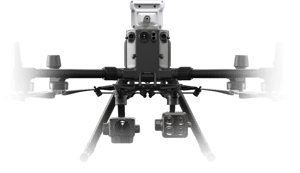 AirWorks always brings together the brightest drone industry minds from around the world. This year, drone startup Soarability showcased some ingenious capabilities they have built on top of DJI’s...
END_OF_DOCUMENT_TOKEN_TO_BE_REPLACED