Drones and Public Safety in Europe

A Big Year Ahead

High-profile events unfolded in 2019 involving the use of drones in general, and DJI products in particular. The result? An even deeper understanding around the incredible value offered by drones in Public Safety. There is now little doubt: Drones can save money, save time – and save lives.

Examples from 2019 are not hard to find. These are but a few of the many memorable missions where drones, and teams deploying drones, were the star attraction:

There were many more successes, big and small. And all of them point to a single reality: Drones have become an essential part of the tool kit for those in the Public Safety sector. On any given day, somewhere in Europe, drones are being deployed for Search and Rescue, at the scenes of fires and accidents for situational, strategic and forensic purposes, for disaster response, crime scene and accident reconstruction. Drones are even sometimes used to hone in on criminal suspects on the run and relay critical information to officers on the ground.

Not surprisingly, there are now many successful drone programs spread across Europe. The Italian Corpo Nazionale dei Vigili del Fuoco, or National Firefighters Corps., is known for rapidly and expertly deploying drones during everything from fires through a wide range of natural disasters. Its use of drones during devastating earthquakes earned the service a Rome Drone Award back in 2017. In 2019, it flew drone missions to assess the situation following a major landslide. In early January of 2020, this incredible rescue following an avalanche also appears to have employed a drone.

Of course, it’s not just the drone itself. Successful Public Safety Sector drone units operate like a well-oiled machine. And those machines involve multiple key components – including extensive training, a Standard Operating Procedure (SOP), the use of multiple payloads (sensors) selected strategically for maximum effectiveness, the best possible software for the mission at hand, all in conjunction with methodical data processing/archiving and flight logging. In addition, First Responders must work closely with aviation/airspace authorities, as they will often require one-time or ongoing waivers in order to fly at night or in No-Fly-Zones. Often there’s also a liaison with local city authorities. 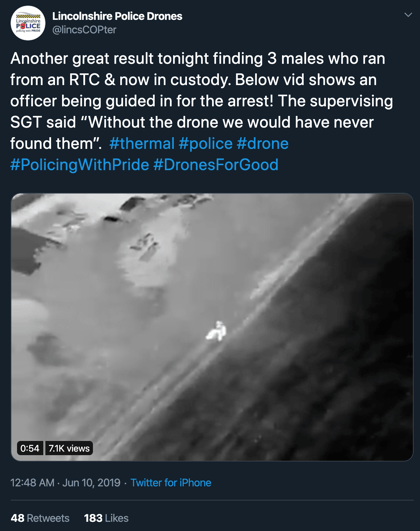 These best practices are now second-nature to groups like the Lincolnshire Police drone unit, frequently in the news for its successful drone deployments. It’s now routine to hear of that unit locating missing persons in rural areas, even wandering seniors in urban locations at night. The unit also frequently employs its drones in the pursuit of criminal suspects, as seen in this video.

In a particularly memorable case from 2018, the police were contacted by a high-risk missing teen. She said she’d been sexually assaulted and was being held by the suspect, but did not know the location. Based on her description of decaying industrial surroundings, Lincolnshire dispatched a FLIR-equipped DJI drone and located the girl and suspected assailant within minutes.

And their biggest success, among many? Delderfield has no doubt:

“Our biggest success was saving a man’s life in February 2018. Following a traffic collision, the victim staggered from his car and fell into a water-filled ditch six feet deep. It was 2am and sub-zero temperatures. The ditch and surrounding area had been searched by officers with torches and firefighters with handheld thermal cameras. Only when the thermal camera-equipped drone arrived on scene was the victim’s faint heat signature seen. Officers were guided in and rescued him — he was hypothermic and unconscious.”

Work like that has earned Lincolnshire Police a widespread reputation.

Regulatory Changes on The Horizon

The commitment shared by those working with drones in the Public Safety Sector is universal.

The legislation that governs them, however, is not. When it comes to drones, different European nations have historically had different rules.

This patchwork has posed difficulties for drone operators wishing to fly in neighbouring European states. With legislative differences great and small, it was not easy to cross a border with the confidence that piloting credentials recognized in one country would be valid in another (that’s without mentioning different interpretations of airspace law, let alone differing local bylaws). What’s more, best practices and SOPs from one country would likely differ from those of its neighbour.

Things will change for the better this summer. In a process that has taken nearly five years, new European Aviation Safety Agency, or EASA, legislation will go into effect July 1. The move will create common rules and a framework far easier to understand. It will apply to the 27 EU states, plus the United Kingdom, Switzerland, Norway and Iceland.

The Open category will not require any advanced authorization or declaration by the UAS operator prior to commencing the operation. Only drones weighing from 250g to 25kg would require registration. All drones must meet certain manufacturing requirements, and while there are requirements for pilot competency – a license is not required.

The Specific category requires the operator to conduct a risk assessment prior to the mission, and to possess authorization by their national aviation authority (NAA) before starting the operation.

Finally, the Certified category represents missions with the highest perceived risk and therefore has the most stringent regulatory regime, analogous to manned aviation. The operator must be certified, the drone must be certified, and the pilot must be licensed.

There’s more fine print (for example, if you have an exemption from your own country’s NAA, that exemption could be grandfathered for another two years), but these are the new rules at their most basic. What’s worth noting is that there are no restrictions based on whether the operation is commercial or recreational. Rather, it is based on risk – which many believe is a far more rational and fair approach.

“At DJI that’s something we endorse, that’s something we agree with,” says Christian Struwe. “Because if you look at how it has been traditionally, there’s been much more strict limitations on recreational use than there has been on professional use – which we don’t agree with. Weirdly enough, it’s been the other way around in the US.”

In theory, at least, the new rules *should* be good news for those in the Public Safety sector. Historically, a first responder asked to assist outside of their own state might face a completely different regulatory system. Now, it’s hoped, it will be clearer with a single system.

For example, many Public Safety operations will likely take place in urban settings, and over people or at night – meaning increased risk and likely the “Specific” category. All pilots would be qualified, leading one to surmise this would make things simpler for those in Public Safety.

The reality may well be more complex.

That’s because there’s no clear definition in law – no pan Europeanlegislation – that defines what Public Safety means, or what a First Responder does. 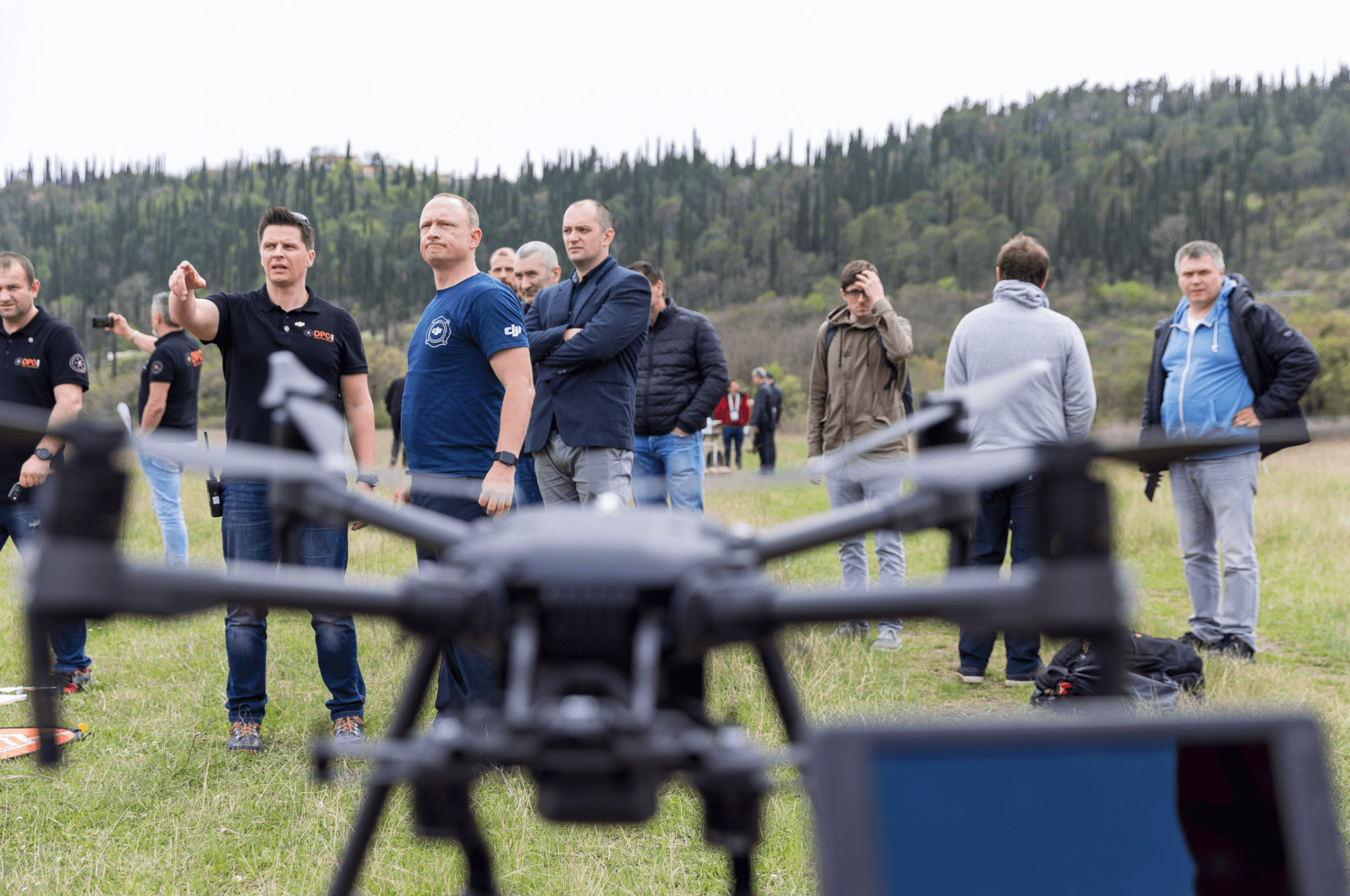 “It’s different in Spain, in Poland, in the UK, in the Czech Republic,” explains Alfonso Zamarro, the Drone Activities Manager for the European Emergency Number Association, or EENA, which works closely with Public Safety entities across Europe.

“We have 27 different versions of what emergency services are (across the EU),” says Zamarro.

“The biggest challenge for me is the need to define emergency services and public safety across Europe in the same way,” explains DJI’s Romeo Durscher. “For example, there are certain countries where Public Safety is defined as, say, civil protection only – and that may not include your fire or your law enforcement departments or your Search And Rescue units.”

The problem, then, is that new drone legislation may not benefit First Responders in the absence of a specific definition of who qualifies – and what special operational rules and exemptions might govern those who do. “So it [the new EASA rules] almost doesn’t really matter too much for public safety if we have more leeway in how they can operate, but then in the individual country the definition of public safety is different,” says Durscher.

To further complicate matters, the wide swath of missions that fall under the rubric of Public Safety aren’t really a match for any templated approach.

To that end, DJI is involved in two initiatives.

The first is working closely with EENA, an NGO out of Brussels. EENA, in conjunction with DJI, has been working on a position paper that will address the topic of defining “Public Safety” in Europe. In some ways, this is a necessity if Europe is to eventually make that new drone legislation truly effective for those in the Public Safety Sector. 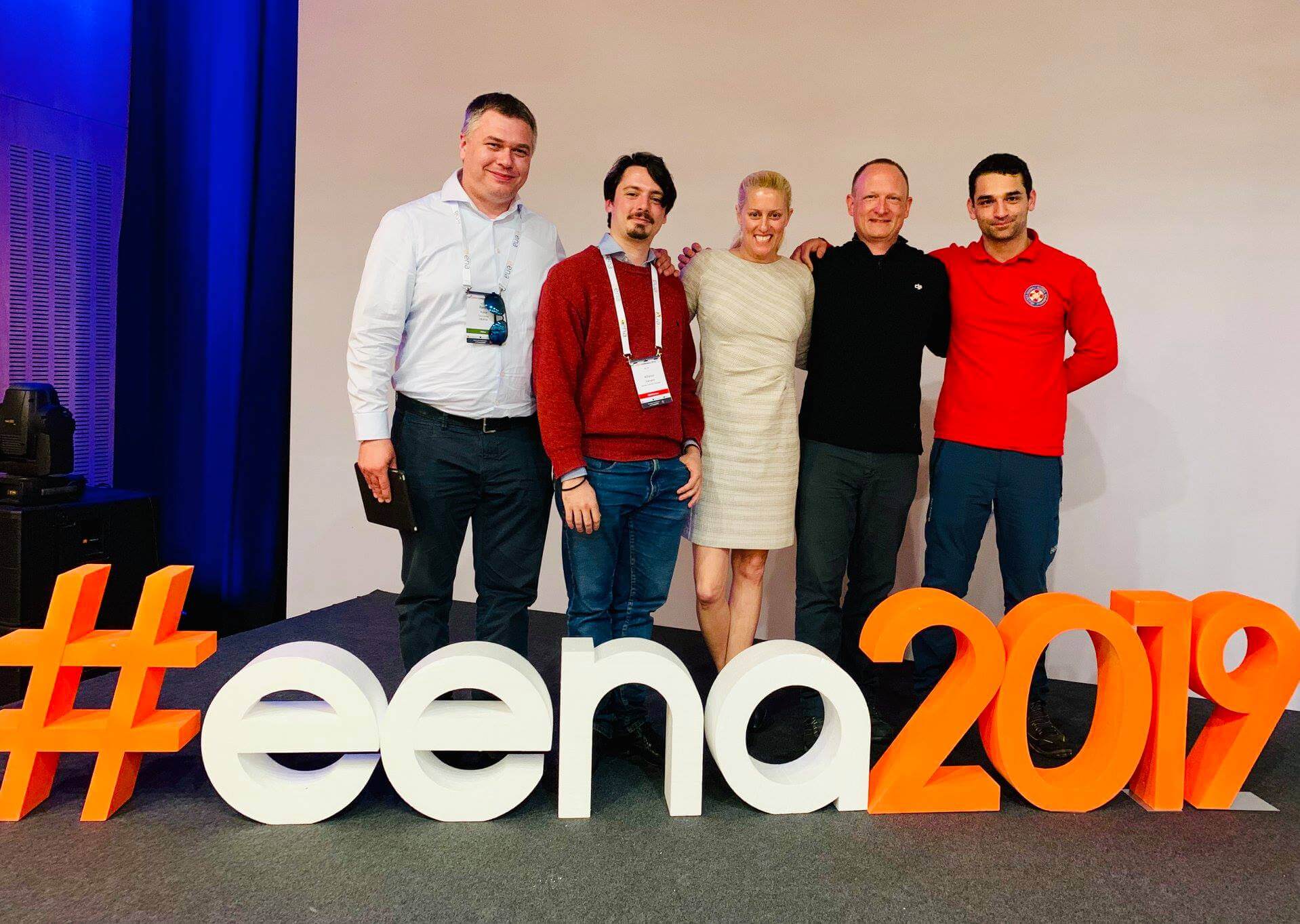 Durscher and EENA are also looking at the importance of uniform training standards and best practices; being an effective Public Safety drone pilot means much more than flying skills.

For example, there are specific methods for searching a mountain for a missing person that are different from searching a field. (You are more likely to spot someone on a treed mountainside while flying downa slope rather than up it, as most lost people tend to pause on the highest side of a tree trunk.)

“We are trying to address this through the EENA project as well,” says Durscher. “It is important that we train.”

(Interested in the upcoming EENA conference? Details and registration here.)

Zamarro hopes that ultimately there will be a single, homogenous European definition for “Public Safety” – allowing legislators to further tailor the new drone framework to benefit those in the sector, and ultimately the public.

“It would go to really being able to operate in any environment where emergencies happen. It could mean flying over crowds, sharing the airspace with other manned aircraft or other drones, flying in urban areas, flying at night, flying beyond Visual Line of Sight – all of these kinds of elements.

The other key area where DJI is at the forefront is called the Qualified Entities Program, or QEP. This program recognizes that Public Safety drones are often required to fly during emergencies in areas that would normally be restricted by geofencing.

“For Public Safety and First Responder drones, it is valuable to have products that can be deployed anywhere” explains DJI’s Christian Struwe. “The QEP is a program where we empower public safety organisations by removing all geofencing and height restrictions on their drones for a long period of time. The QEP is also available in the US and Canada.

If you are with an official Public Safety organization in Europe or North America, we encourage you to contact us and apply. In Europe, please email qep.europe@dji.com. In North America, email qep.na@dji.com.

The QEP initiative is yet another example of DJI supporting the Public Safety sector through understanding the needs of its Enterprise clients, and the importance of the time-sensitive missions they carry out.

The company has been doing this for years, but 2019 – not surprisingly – saw even more widespread adoption across Europe and beyond. 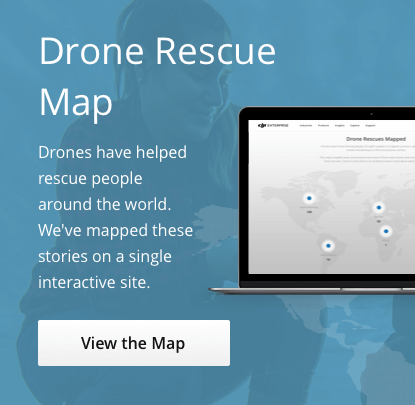 About the Author Scott Simmie

With the rise of large commercial buildings across the US, the demand for safe and effective inspection of rooftops has been growing substantially.
END_OF_DOCUMENT_TOKEN_TO_BE_REPLACED

We are now inching toward a place in time where most people begin to wonder: why did I make that New Year’s resolution? Well, we may not be able to help you out much in your pursuit of a “newer,...
END_OF_DOCUMENT_TOKEN_TO_BE_REPLACED

For most households, energy bills are a consistent and expensive outgoing. These costs peak during the winter months when the cold arrives. The U.S. Energy Information Administration predicted that...
END_OF_DOCUMENT_TOKEN_TO_BE_REPLACED

Delivery drones could very well be The Next Big Thing for businesses to deliver goods to their customers. They can also be extremely helpful in transporting sensitive items such as medical supplies...
END_OF_DOCUMENT_TOKEN_TO_BE_REPLACED